We’ve got a big storm headed our way. I was quite innocent about all of this today but my coworkers kept mentioning stocking up on stuff to last through the weekend so I went to Freddy’s after work. 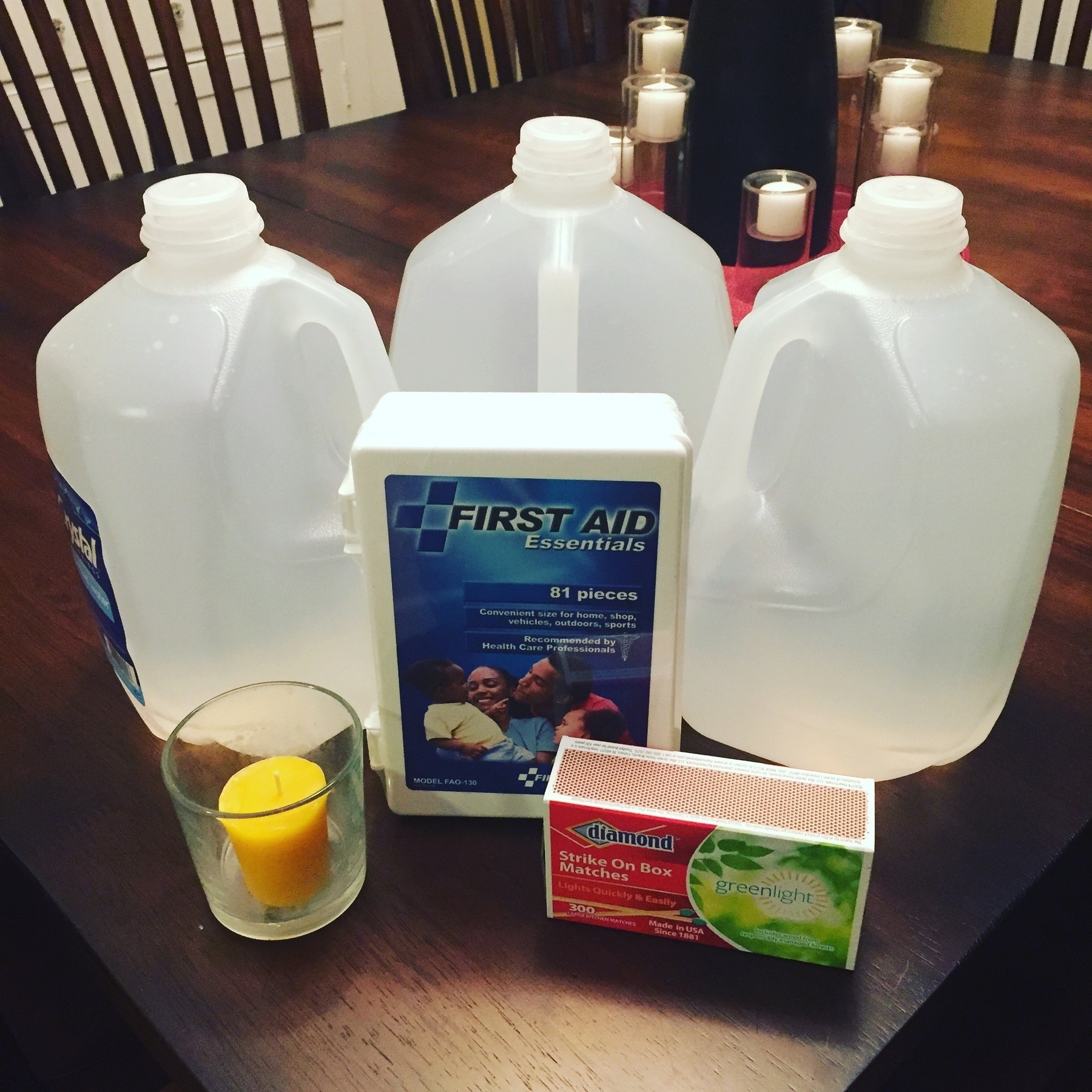 Not pictured: Halloween candy. The wind blew it into my basket! Yeah, yeah, and I got fruit and vegetables and tins of soup and crackers too.

Writing from: my study in Portland, Oregon. Listening to: the gusts of wind and rain hitting the windows.

The weather today has been blustery in between light bouts of rain, and I am missing Scotland something fierce.

I wanted to say more on the topic, but I’ve just used my last articulate impulse on mustering my rudimentary Italian to help a new Second Life resident who I discovered crouched on my sofa, dressed like a swashbuckling vampire. I think we may have had a discourse on gender and avatar appearance … but I am likely overestimating my linguistic ability.

Still, when there’s a vampire pirate crouching on your sofa, it’s only polite to try to talk to them. Non è vero?

Writing from: my study in Portland. Or is it Scotland? Listening to: bits and pieces of NFL commentary coming from FunkyPlaid’s study.

We’re due for a serious heatwave:

... Excessive heat warning in effect from 2 PM Thursday to 9 PM PDT Saturday for southwest Washington and northwest Oregon from the Coast Range to the Cascade foothills... including the Portland Metro area and the western Columbia River gorge...

I did laundry tonight so that my meager selection of summer clothing is ready to go but I still feel unprepared. 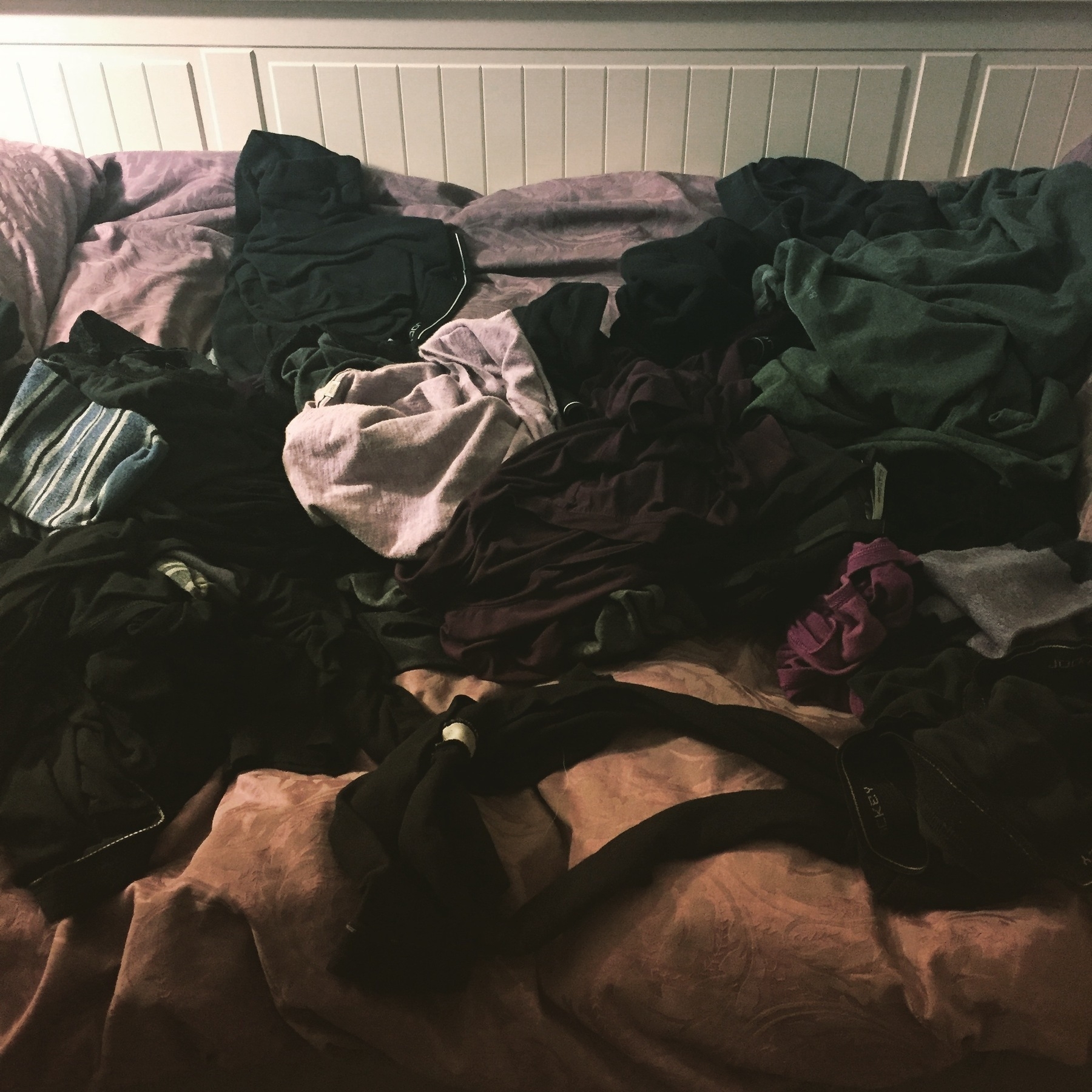 Writing from: my cooled-off study. For now. Listening to: the “Outlander” theme in my head.

When I left work today, I felt like the sky looked. 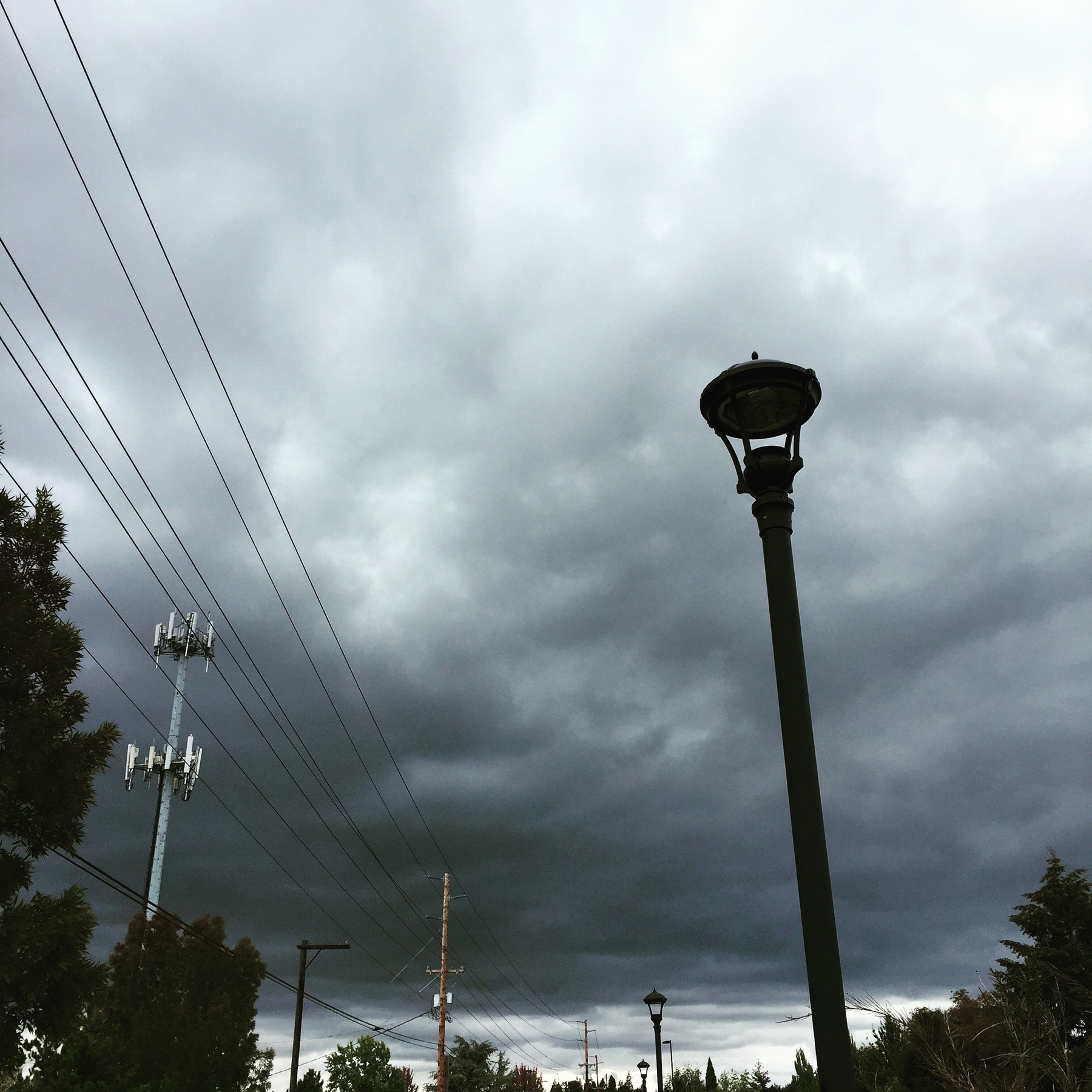 Writing from: my study. Listening to: “Crybaby” by Abra.

Here she is in her last cycle of the day, beholden to the space-heater. 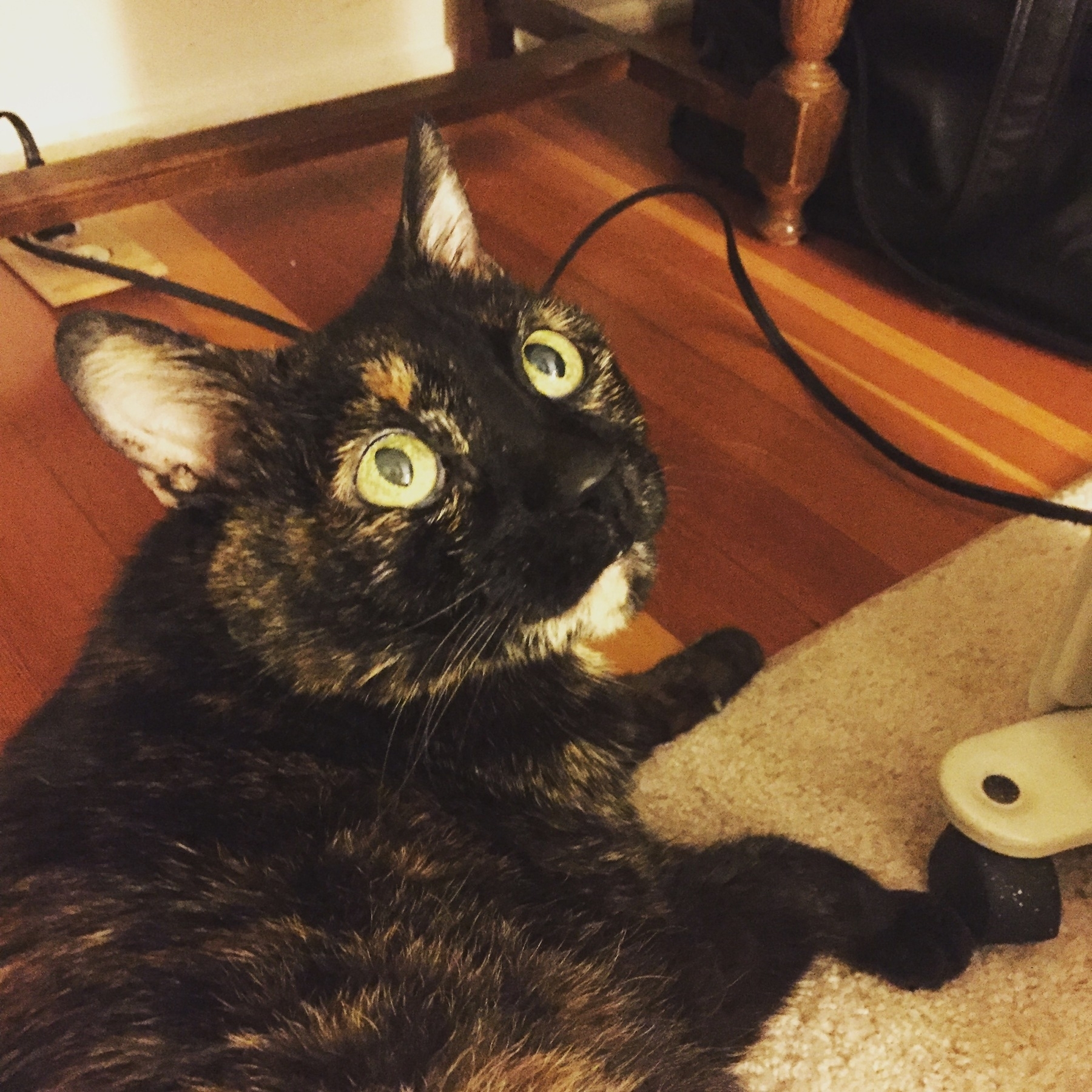 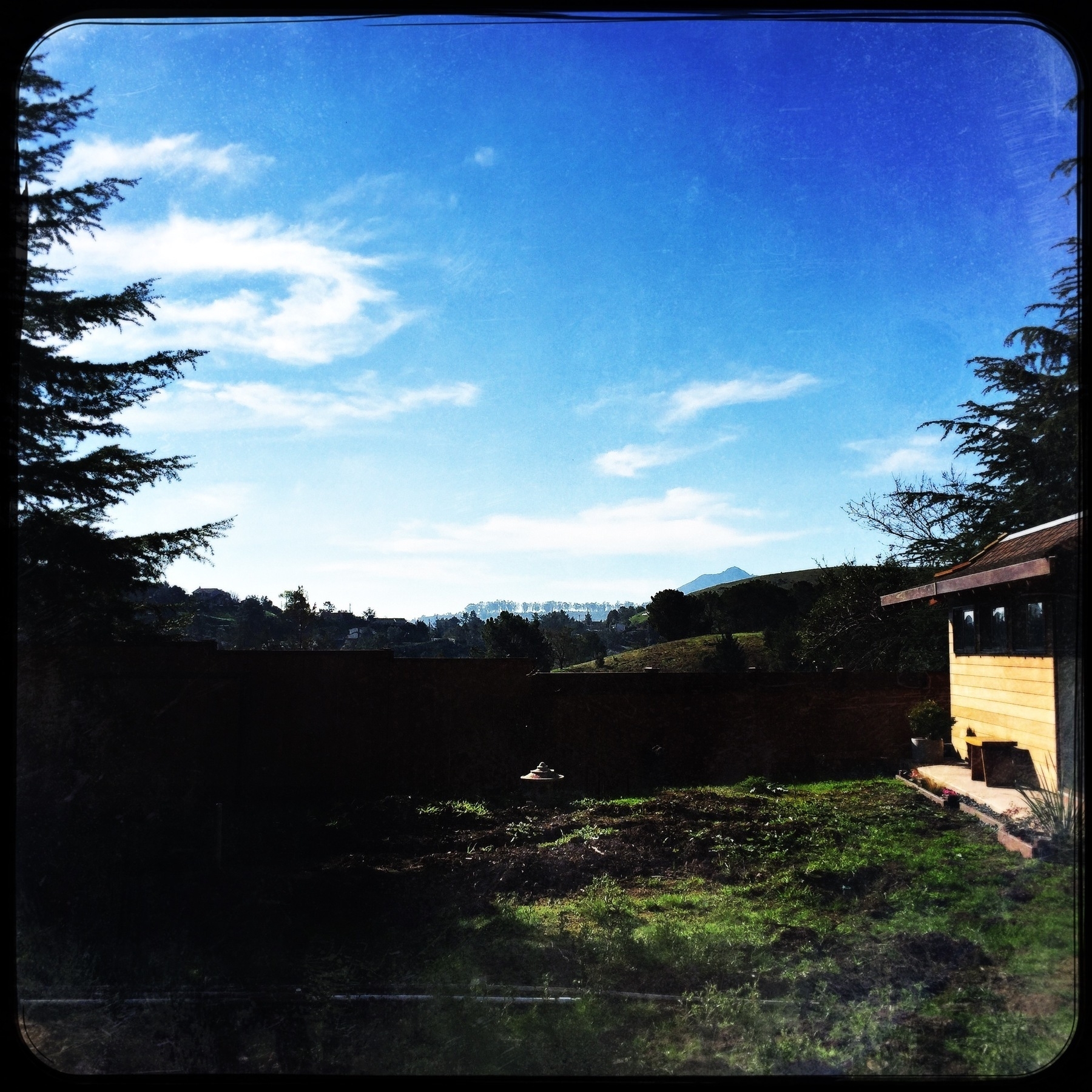 It has been unseasonably warm in California. Today it was 70°F and I opted to eat my breakfast outside because what kind of jerk wastes weather like this? I felt like I was on vacation, with my yogurt and my banana and my copy of “The Devil in the White City”. But don’t worry: I suffer from a perennial inability to stay in the present moment, so I immediately felt guilty for feeling so good.

What you see in the foreground is my father-in-law’s massive DIY project that involves French drains and wheelbarrows full of rocks and other things I don’t understand but appreciate aesthetically. Occasionally a gopher will pop up out of one of the holes in the yard but they have been too fast for me to photograph.

Writing from: sunny, confused California. Listening to: my external drive backing up my computer for the first time in a while, whoops.

With the evil cousin of Hurricane Bawbag rattling at our shutters, here are some links of UK weather-related websites and apps.

Weathermob and Swackett are two iPhone apps I have been enjoying lately. The former has social networking components, and the latter distills weather data into suggestions on how best to dress for the current conditions and temperature.

If you have returned to work, I hope your commute was as painless as possible. Also, Moodscope reports that today is the unhappiest day of the year, so watch your internal weather, too.

Yesterday, FunkyPlaid and I walked downtown on some errands. As we left our flat, we both remarked on the loveliness of the day, blue skies barely clouded, and yet somehow we still managed to get caught in a short downpour on Princes Street.

This confirmed my suspicion that Scottish clouds just dip their bellies in blue paint from time to time. Today as I sat and hammered out some metadata at my volunteer post – which was exactly six times more exciting than this sentence sounds – the building shook. After a twelve-year stint in California, I am no stranger to shaking buildings. It just hadn’t occurred to me that the wind could shake a building as much as the ground could.

I hopped off the bus in an unfamiliar part of town just so I could figure out my way back, and with the wind it ended up being a little more exciting than I expected. Thank goodness for the steadfastness of the lamppost I clung to as my boots slid out from under me. Hello again, Chicago! I used this excuse to scamper into Tesco and consult blue-dot on the map, which sometimes lies. The walking directions home took me in what I was sure was a large U-turn, but now looking at the map I suppose it was the most direct route.

A lot of navigation here is like that, which makes logical sense in a city-planning-over-centuries way, but I just like to pretend that the bus I’m on is involved in a very slow car-chase, always trying to shake that persistent cop on its tail.

Celsius is much more satisfying for reporting temperatures. Fahrenheit insists it is 37 degrees, which is many numbers, but Celsius says 3. That is about how it feels. Just a few degrees among the lint in your pocket, instead of 37, which is a feast of grapes for lunch, or an impressive spate of paper clips on your desk. Hell, you could make a paper-clip necklace with that.

In other exciting news, I’ve been overpaying my bus fare by exactly 30 pence every time. I swore the sign said £1.60. The tickets piling up in my purse each say £1.30. Another awkward social situation explained!