This is Cheechaw, our house spider. She sits serenely above us all and eats all of the nasty bugs that come around. I love her. I had to get up on a step-stool to take this photo and even then I had to lift my arms way above my head. 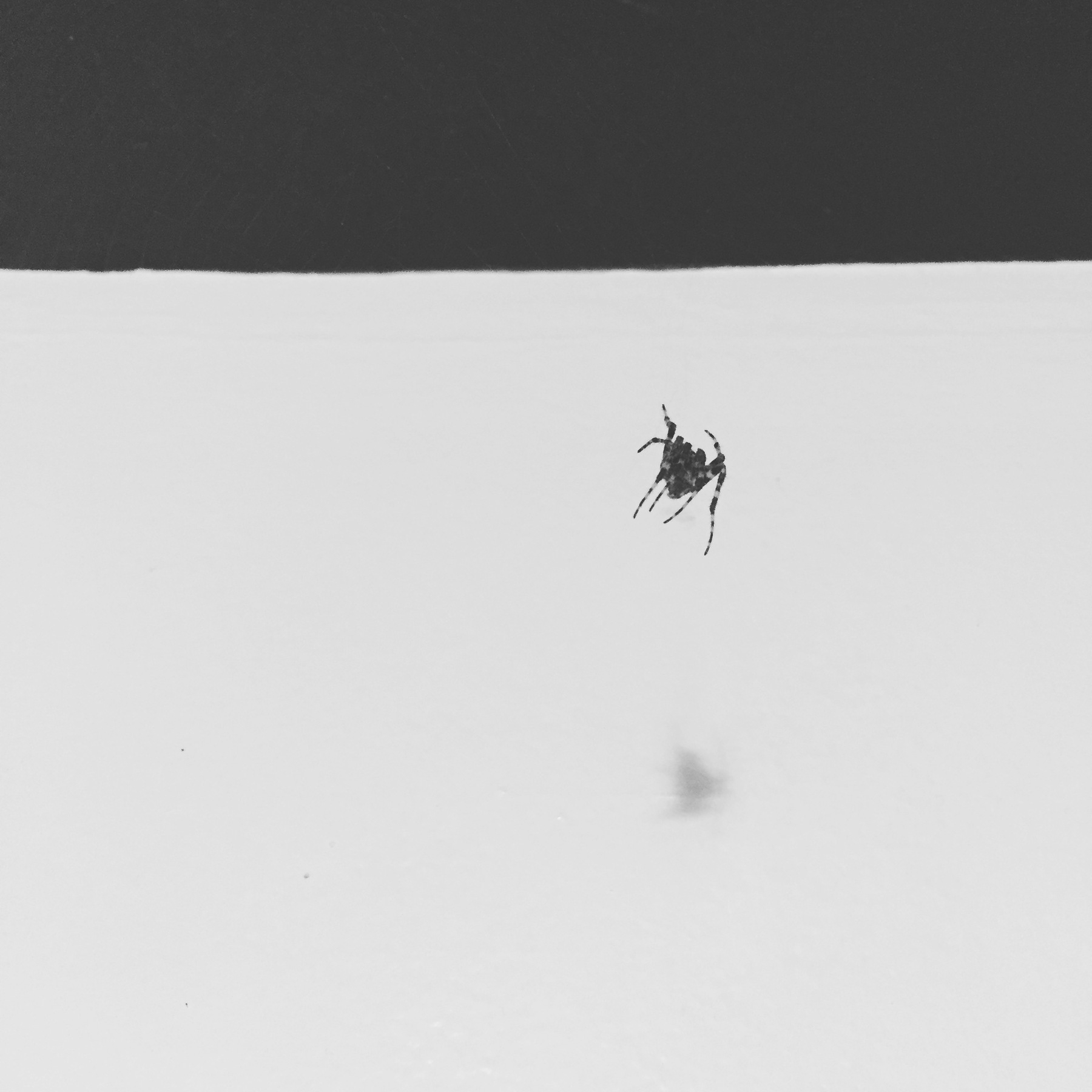 I named her “Cheechaw” for no particular reason at all except that I call most wee sweet creatures “Cheechaw”. It’s a generic term of endearment which probably originated from Lindsay Bluth’s chicken dance.

Writing from: my study in Portland, Oregon. Listening to: FunkyPlaid listen to NFL people talk about NFL things.

I didn’t get to much of what I had planned for the weekend, but that’s okay. I’m still figuring out how much free time I have now. And I’m realizing just how tired I can get by nine o’clock in the evening. What happened to me?

I did take some time to enjoy our garden, and found this tiny inhabitant. 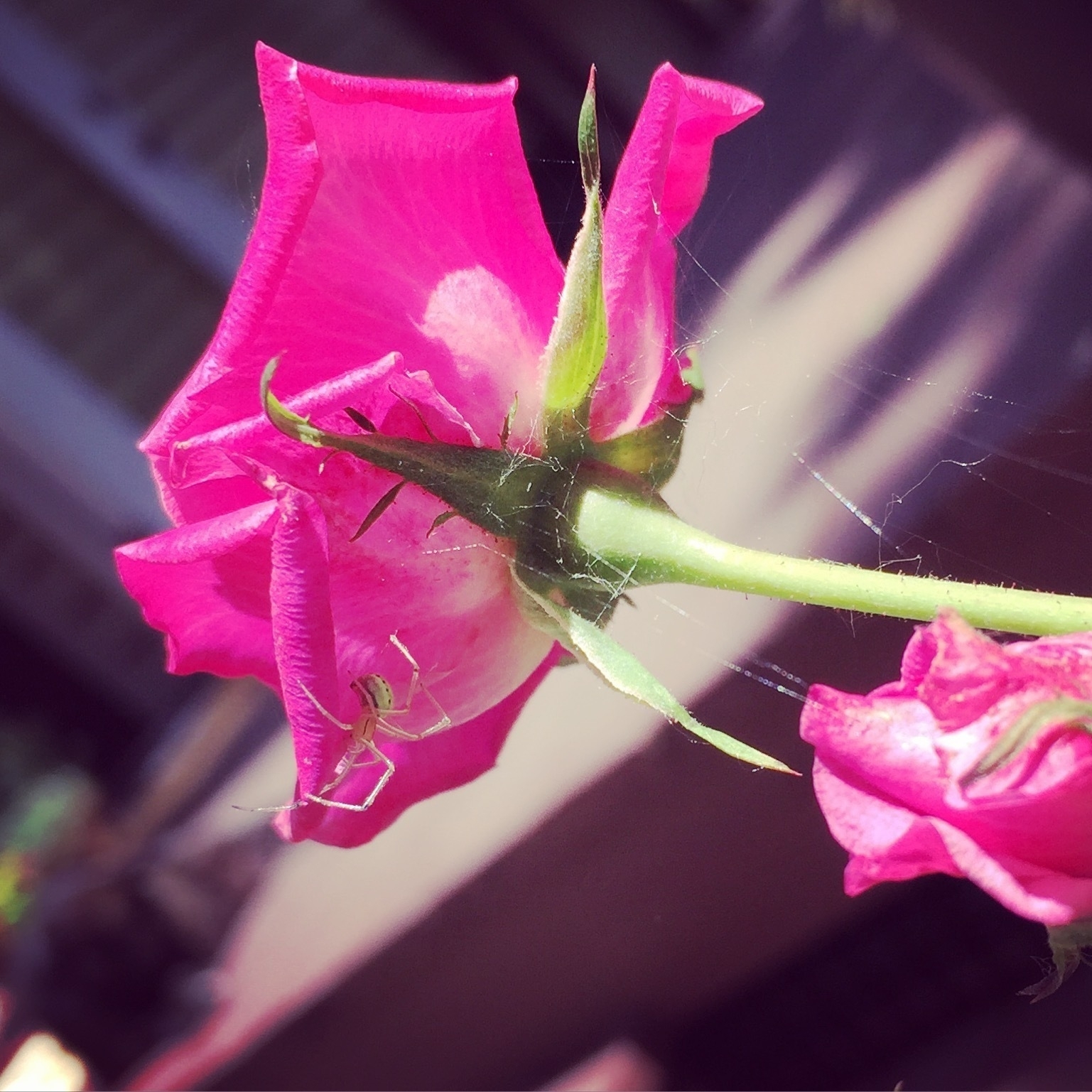 Writing from: my study. Listening to: The Talk Show live from WWDC 2016.

I promise not to kill you. I promise not to kill you.
Originally uploaded by cygnoir
I have had spiders on the brain since I started to receive feedback on my elevator story, so when FunkyPlaid pointed this creature out to me, I was happy to dust off the old Rebel.

Today was a day much like any other day except for the part where I broke down in tears while speaking to a total stranger. (At least I was locked in my office at the time.) But then the total stranger made my day. I was cheered, so I went to the Apple Store just to touch an iPad. It was heavier than I expected, and more beautiful. I almost bought a new pair of earbuds but didn’t. Then some people at the train station insulted my hat. When I got home, FunkyPlaid was waiting for me and the cats sat on opposite ends of the futon and we ate Thai food and the rain made quiet sounds all above and everything ended up all right.