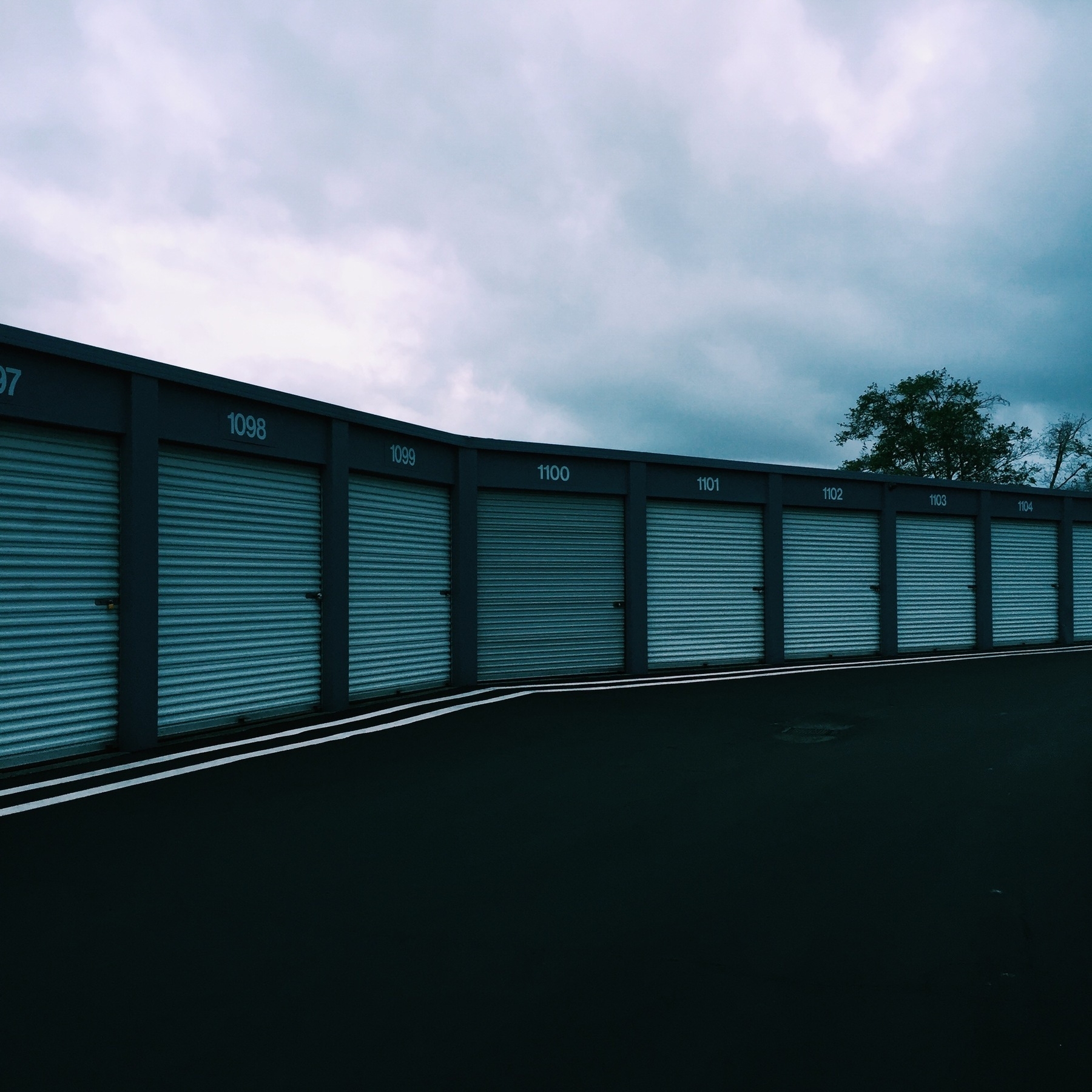 Processed with VSCOcam with c1 preset[/caption]

Before moving to Scotland in 2011, we put some of our belongings in storage. Now that storage space is like a time capsule we will open soon, and I am having a hard time picturing what is in it. I took notes on what it contains, of course, but when I read the words I can only see them as abstractions of objects.

We peeked inside the time capsule earlier today to make sure it was still there. Dirt and detritus had built up along the bottom edge of the space, lending a spooky tone. These are the things of the we-that-were years ago. I wonder if I will still recognize them all.

Writing from: a quiet home in Marin. Listening to: Zen snoring like sleepy questions.

When I first logged into Second Life in 2004, I decided to create an avatar that was loosely based on my real-life appearance with some important modifications. Namely, some gigantic black hair.

I also may have overdone the makeup a bit.

Over the years, my avatar has changed – mainly hairstyles – but the salient bits have remained the same for about a year now: short stature, black wings, amethyst eyes, and a gravity-defying mohawk.

I do not know why I consider this avatar to be so “me”. I don’t look at all like her in real life. But every time I try to change something up, it feels wrong and doesn’t last.

This is not the first time that I have encountered this strange identification with avatar appearance. When I still cared about my mudding character’s description, I had a tough time making modifications to it. So I didn’t, except for costume changes, and didn’t think much about it. She looked the way that she did because that was who she was, and I decided that she looked just like me. There: problem solved.

In Second Life, though, my avatar has never looked just like me. I initially took more liberties in graphics than I did in text. And as Second Life becomes more advanced, I have more options than ever. Then why has my avatar’s appearance frozen? Why can’t I even bring myself to get a virtual tattoo?

Needless to say, I have always been fascinated by the myriad ways we choose to represent ourselves when we have the choice, so when Rach Borkotron told me about Gracie Kendal’s Usual Suspects project on online identity and anonymity, it immediately piqued my interest. I was up to my eyeballs in homework, though, and couldn’t come inworld to participate. Then I read Lou Netizen’s post about it, and immediately promised myself I would celebrate finishing my first semester of grad school by participating.

Gracie’s studio contains over 500 portraits now. When I teleported in, I was at once overwhelmed and a bit disoriented; although I knew the portraits were taken of avatars facing away instead of forward, it was strange to experience them all at once. Like everyone else, I am so used to identifying people by their faces that the gallery’s effect was initially alienating. Then, when I recognized a portrait of someone I knew – Lou, of course – I immediately relaxed.

Gracie herself is utterly charming and earnest, so interacting with her put me further at ease. She is obviously enthralled with the project, and welcomes each new contributor warmly. I loved watching her work and enjoyed talking with her and some of the other participants about the project and her process.

Gracie is just over the halfway mark, so now is the time to participate. There is more information on the project on Gracie’s Usual Suspects blog, or I can send you a notecard and landmark inworld if you prefer. Just don’t ask me to get a new ‘do.

I have a coffee identity. It is the name I give at cafés that ask for my name with my order, because giving my real name led to conversations like:

Several years ago, I gave up and started saying “Kelly” instead.

Today, on my mid-morning break, I went to Sbux for a soy green tea latte. I gave my coffee name, as usual. The barista repeated it. Or so I thought. I wasn’t paying close attention through the fog of my LOST-hangover.

When my drink was up, I glanced at the cup. In black marker, it said “Ally”.

I made up a new rule on the spot: whatever my barista calls me is my new coffee identity until another barista changes it. I was Kelly; now I am Ally. Who will I be next?