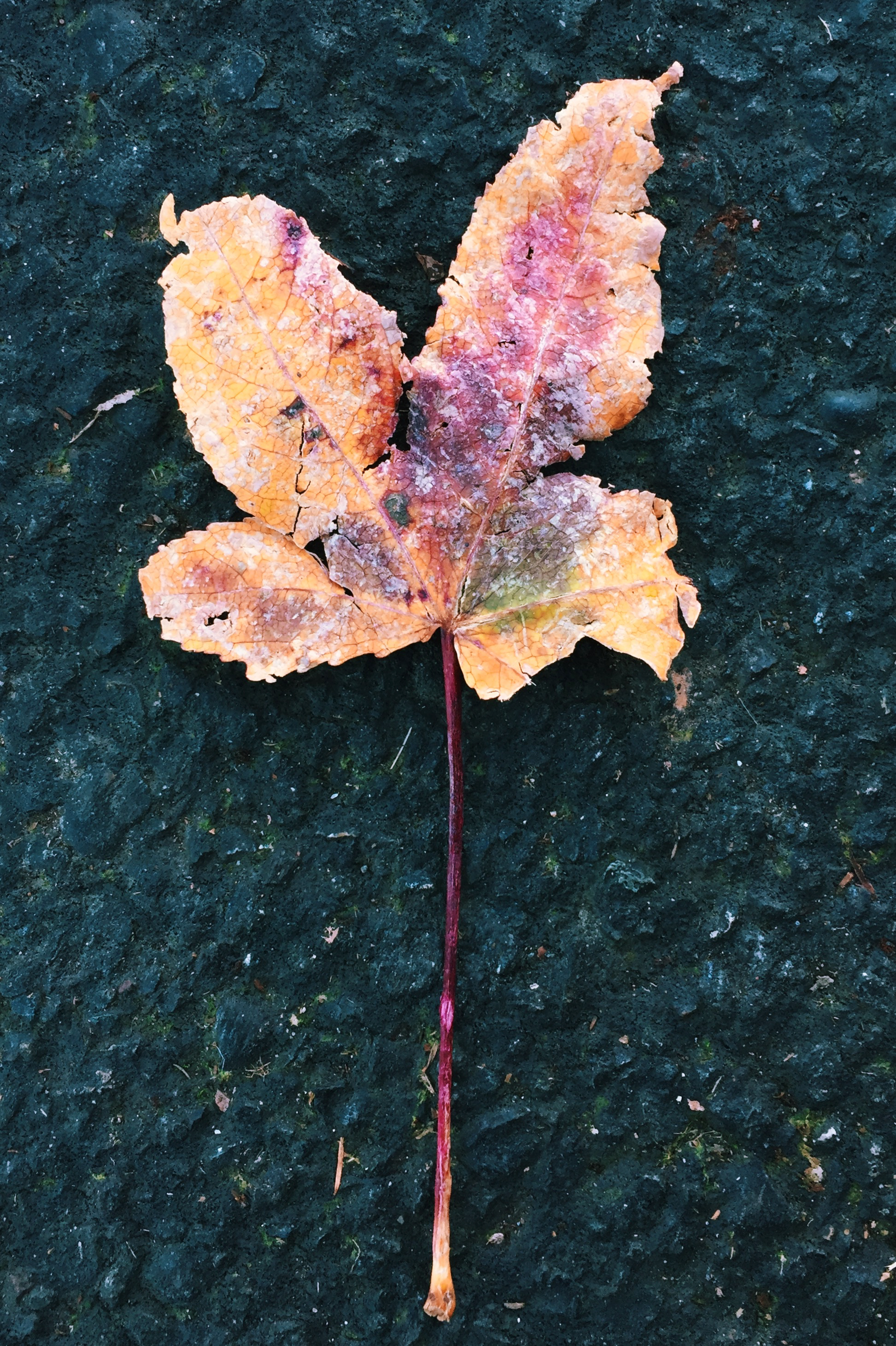 Over the past two days I’ve had three different conversations about my life in Scotland. By the time I got in my car to drive home, I was deeply homesick for it, mostly the friends and coworkers I miss, but also mundane bits like Christmas Eve in Waitrose, random herds of curious horses, learning how to ride the bus in a foreign land, and frost-covered moss. I was thinking of that moss when I encountered the frost-dusted leaf in this photo.

Homesickness is generally expressed as a one person, one place phenomenon, but I have experienced waves of homesickness for every place I’ve ever lived. I even yearn for Alabama from time to time, especially the late afternoon summer thunderstorms that shake the magnolia trees, all slick green and heavy cream. Does it make me feel fickle sometimes? Sure. Someone once excoriated my use of the word “favorite” because, in his words, “They can’t all be favorites.”

Writing from: a quiet study in Portland, Oregon. Listening to: “Trains” by Poppy Ackroyd.

I’ve never been to Vegas, and I’m not sure if this photo of the Bellagio Conservatory and Botanical Gardens done up for Christmas makes me want to go or want to stay very far away. But I love that I can look in on it, live, and feel wildly ambivalent half a world away.

It’s been a while since my webcam was in regular operation, but I still peek in on webcams around the world, especially when I am feeling homesick. Here are some of my haunts.

Fog and the Golden Gate Bridge.[/caption]

Did you know you can watch Andy Warhol’s gravesite live 24/7? Or dolphins frolicking in a Japanese aquarium? How about Icelandic glaciers or Transylvanian festivals? I found these and a lot more on EarthCam’s list of the 25 most interesting webcams of 2013.

This didn’t make the list, but I’ve been amusing myself by controlling Alek’s Christmas lights for Celiac Disease. (Really. I couldn’t make that up.)

Writing from: bed. Listening to: Macklemore, on Sharks’ recommendation, and really liking it.