Gift-giving makes me incredibly anxious. I’m not certain where it comes from, but it is pervasive at this time of year, especially when I don’t have my very best shopping pal at my side to talk me out of talking myself out of choices.

I do like giving people things, but I’m always convinced I’ve given the wrong thing. And it sucks, doubly so in a new workplace where I am still unsure of the gift-giving protocol. 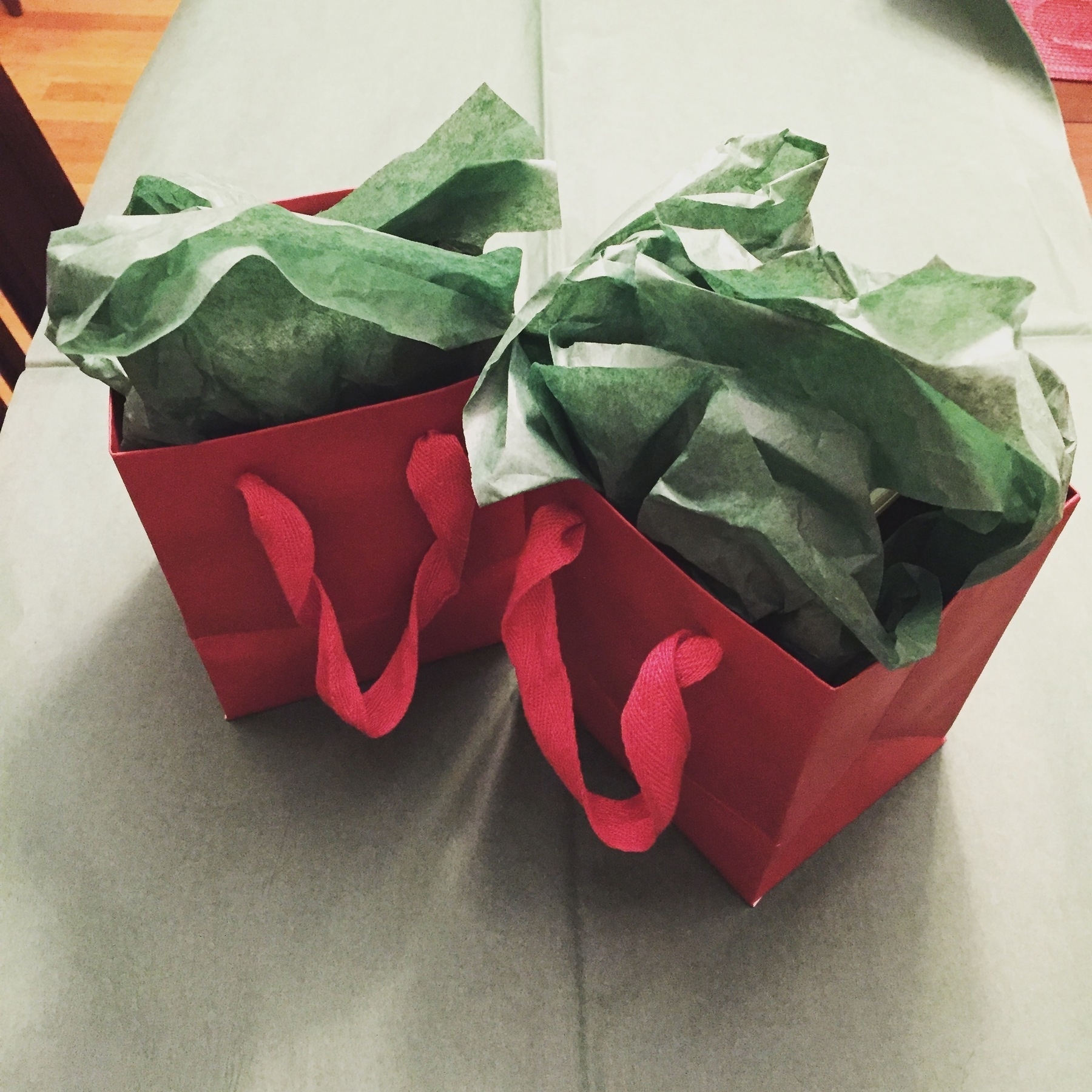 It will be a miracle if I can get to sleep tonight.

Writing from: my study in Portland, Oregon. Listening to: my internal monologue.

Each year my mom sends a thoughtful and creative advent calendar around a theme of her own devising. This year it is a picnic basket with assorted picnic-themed goodies, one to unwrap each day! When FunkyPlaid comes home (and the weather clears up) we will be all set to explore Oregon, one picnic at a time. 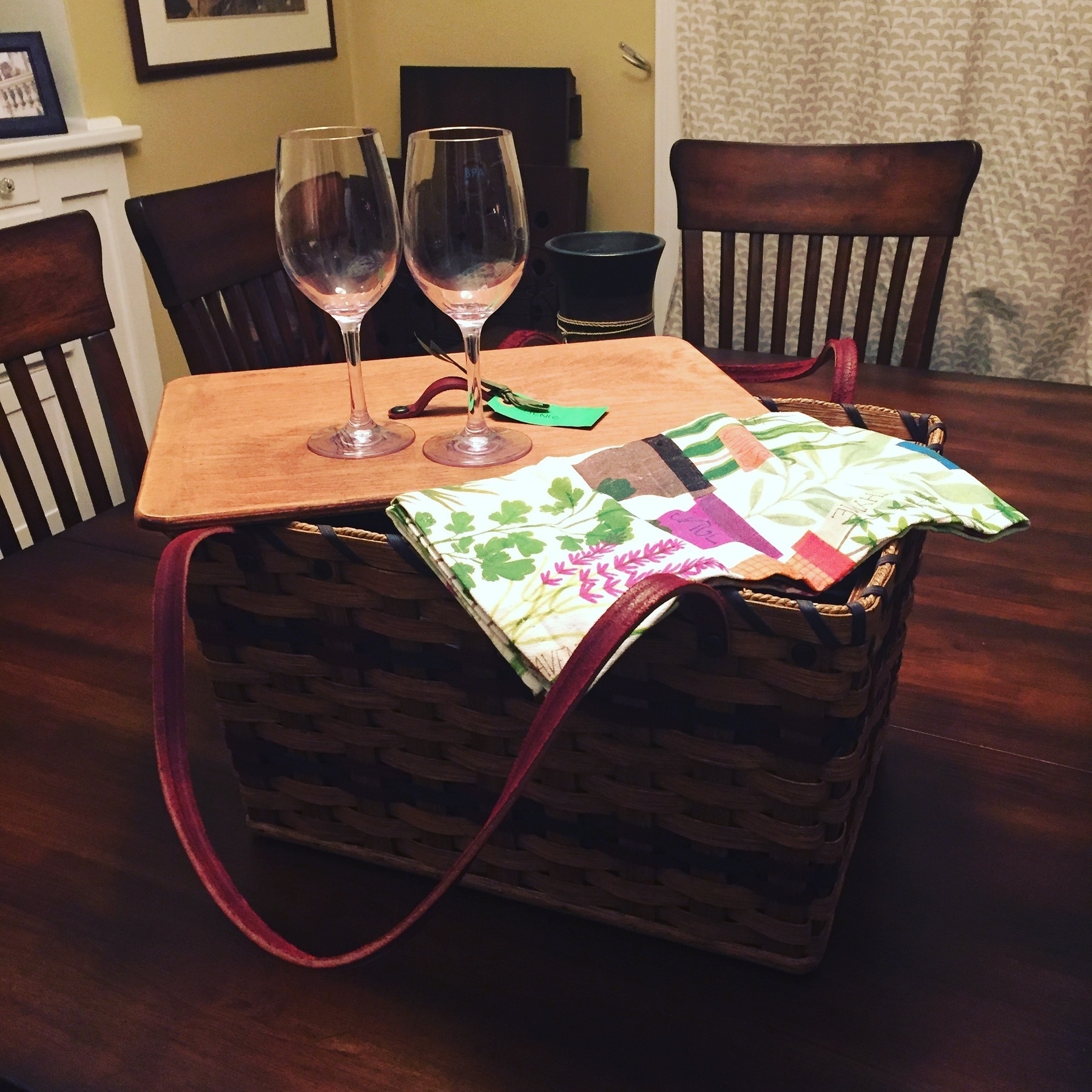 Writing from: my study in Portland, Oregon. Listening to: odd creaks and bumps that are probably nothing but are still creeping me out. I’ve been watching too much TV.

One of the best presents in the world is an autographed copy of a book. I was reminded of this just last week. My friend V and I Skype regularly and the last time I was telling her that I’m not in the best mental health lately. No stranger to dips in mental health, I have lots of coping mechanisms, and one of them is re-reading a collection of Ray Bradbury’s essays called Zen in the Art of Writing: Essays on Creativity. I have a cheap Bantam paperback that I dog-ear and mark up to my heart’s content, and it is cathartic, this reading and mangling of pages, over and over again. She wrote the title down because she was feeling a bit out-of-sorts as well, having just moved to a new home for a new job and learning to establish a new social circle and the rest.

So last week we had an unexpected parcel delivered, which is a strange occurrence because on the rare occasions we do receive parcels we are expecting their arrival. But inside this parcel addressed to me was a copy of the Bradbury collection. It was a nicer edition than my own and in excellent condition, but I was perplexed: I thought certainly someone I had recommended this book to had made a mistake and accidentally had it shipped to me instead of themselves. Then I opened it to the title page: Ray Bradbury’s autograph, which made me gasp, and dated 6/26/1996. 1996 was the year I left everything I knew and moved to Alabama for a guy I met online, a significant pivot-point in my development as a person and as a writer. V didn’t know that about the date, I’m sure, but she opened the door for that lovely coincidence.

I’m struggling this year to find gifts of significance instead of convenience for the people closest to me, and I had forgotten the power of an autographed book until now, gripping an old paperback to my heart with tears filling my eyes.

Writing from: a very chilly lounge, as the fireplace is currently broken. Listening to: SomaFM Christmas Lounge. Yes, it’s Holidailies time once more, which means with any luck you’ll be hearing from me every day this month.

If one of your new year's resolutions is to write more letters, why not send a friend one of these adorable squid greeting cards by makoshark? The Squid of Reassurance is my favourite. There are many designs, with and without squid, as well as different products like t-shirts, iPhone cases, stickers, and kids' clothing.

As mentioned on my last post about nifty gifts, here is my 2010 gift guide. I am posting this later than I had hoped to, sidetracked by illness again. If I were feeling better, I would write a little something about each person and why I like them, but in the interest of time, I will leave you with visuals. Click each photo for more information. What did I leave out? Tell me in the comments.

I love giving gifts, but my budget this year is very small. Good thing the web is filled with nifty ideas!

Are you selling anything this holiday season? Tell me about it in the comments. I would like to post about you and your wares.

The puppy was named Kenya. She was a service animal – not a guide dog, so it was okay that I interacted with her – and she was three months old. I met her in line at Starbucks. She licked my hand as I petted her and I tried not to cry, but there were at least three very good reasons for tears to occur. So I got an expensive latte with a complimentary trip down memory lane.

I am superstitious about the 23rd day of the month, so today I am finding all sorts of signs amongst chaos. For example, I am now convinced that I wrote that last sentence simply to rediscover my love for the word “amongst”, forgotten until just a few moments ago.

Egyptian Magic is a company with a skin cream that is supposedly the best skin cream ever. They all say that, but this one has all-natural ingredients (if “divine love” is natural) plus a founder and CEO named Lord-Pharaoh ImHotep-AmonRa. Can your skin cream say that?

Yesterday, a patron told me that “feliz navidad” is the most beautiful way to say “merry Christmas”. He may have been biased toward his first language, but I do not doubt its loveliness. In English, the phrase smacks of brisk edges. Spanish lends it some banister-sliding merriment.

You may have wondered what happened to my holiday gift guide. I sure didn’t, because I wrote it and saved it as a draft instead of publishing it. Ha ha, I’ve been doing this for over ten years and I still can’t figure it out. At least I have one ready to go for next year! Ha ha.

Lastly, I boom a hearty greetings to my long-neglected LiveJournal! This is my first automagic cross-post. Let’s comment in a threaded fashion at each other!