Before we met Crivens and Criminy, FunkyPlaid and I visited a local cat café, thinking that we might meet some kittens for adoption, or at least get to play with and cuddle some cute cats. When we arrived, we soon discovered that the vibe of the cat café was much like being invited to a party by friends who then didn’t show up. We hung out awkwardly and watched other guests attempt to catch the interest of very sleepy cats.

Later that afternoon, we had scheduled an appointment to meet some foster kittens nearby. Although those kittens were adorable, we knew pretty much instantly that they weren’t our kittens. The two experiences together made me sad, and made me long for the straightforward choice of my Zen all those years ago. I didn’t know what she would be like as a companion; I chose her because I wanted to save her. It was that simple.

Three weeks ago, FunkyPlaid and I decided to visit the Cat Adoption Team facility in Sherwood. After filling out some paperwork, an adoption volunteer led us into the kitten playroom, and I had only just stepped inside the door when I saw the brothers. I gasped (I am prone to dramatic outbursts, it’s true) and as soon as we each held them, we knew they were the ones we wanted to adopt. Each day since then has been an affirmation of that moment. “Lucky” doesn’t seem to cover it.

Sometimes I feel so guilty, though. When I fall asleep at night, I wish for Zen to visit me in my dreams and give me some sign that it is okay to love these new babies so much. If she could give me that sort of affirmation, I don’t know that she would: she never did love sharing me with anyone else. 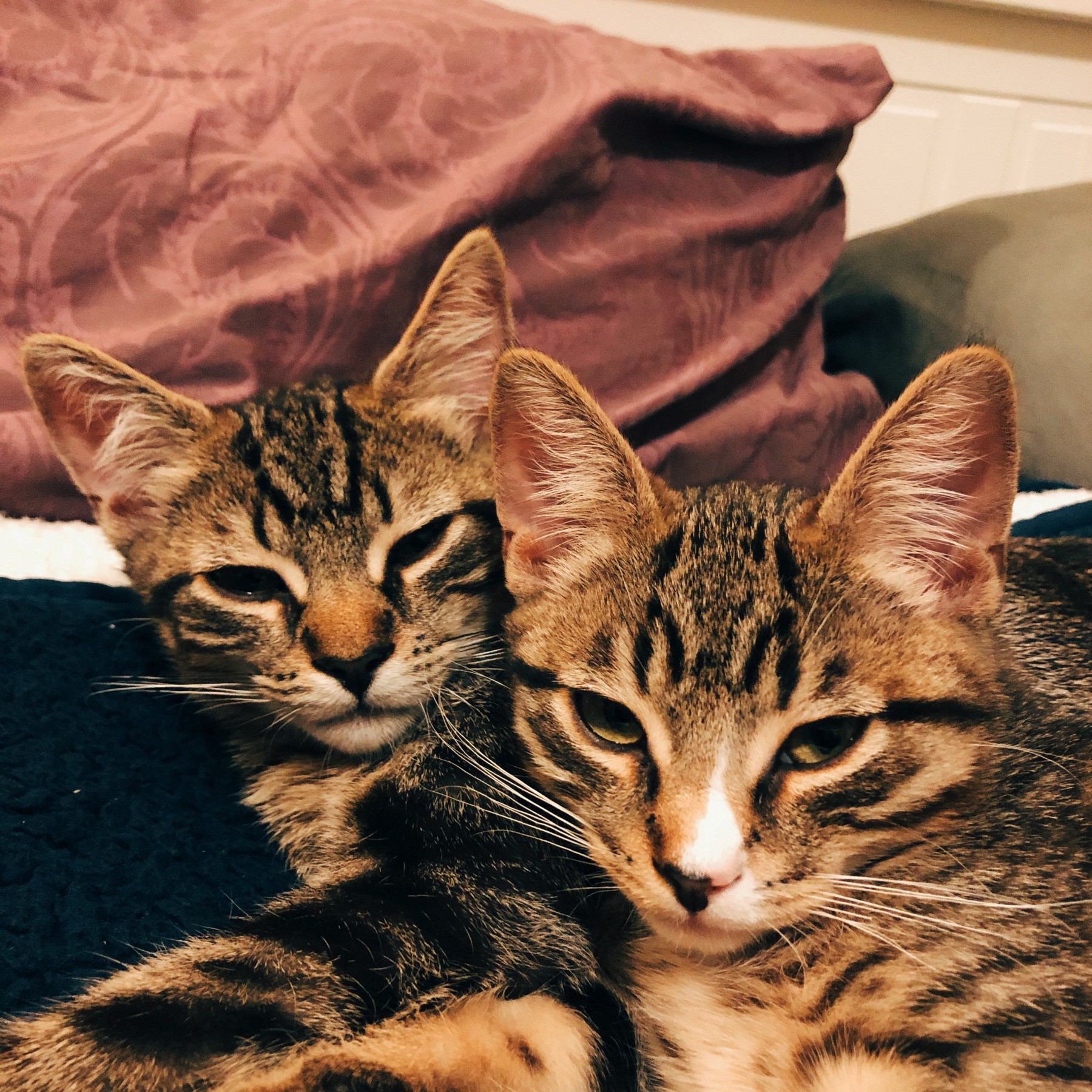