Been a while. Let’s see if I remember how to do this!

Yesterday, I participated in my first race in almost two years. The race is part of a series called Beat the Blerch based on a comic by The Oatmeal, a/k/a Matthew Inman. Even if you don’t enjoy running, the comic is really funny and you should read it.

I wouldn’t have even known about the race if my friend K hadn’t asked our other race-loving friend R and me if we wanted to run it with her. It was selling out fast so I said yes, thinking that a race was as good a reason as any to spend time in Seattle with my friends, and that I could absolutely train for a flat-course 10K in four months.

While it was fantastic to spend the day before tooling around Seattle with K and R, I was not in racing form by the time Sunday rolled around. That ended up being fine because my racing partners were also dealing with their own health challenges, plus the race was very walker-friendly. Also, personal worsts are encouraged in a Beat the Blerch race because they ply runners with cake and Nutella along the way. So once we picked up our bibs and shirts, the three of us relaxed, chatted with other runners, and hammed it up in photos with a Blerch. 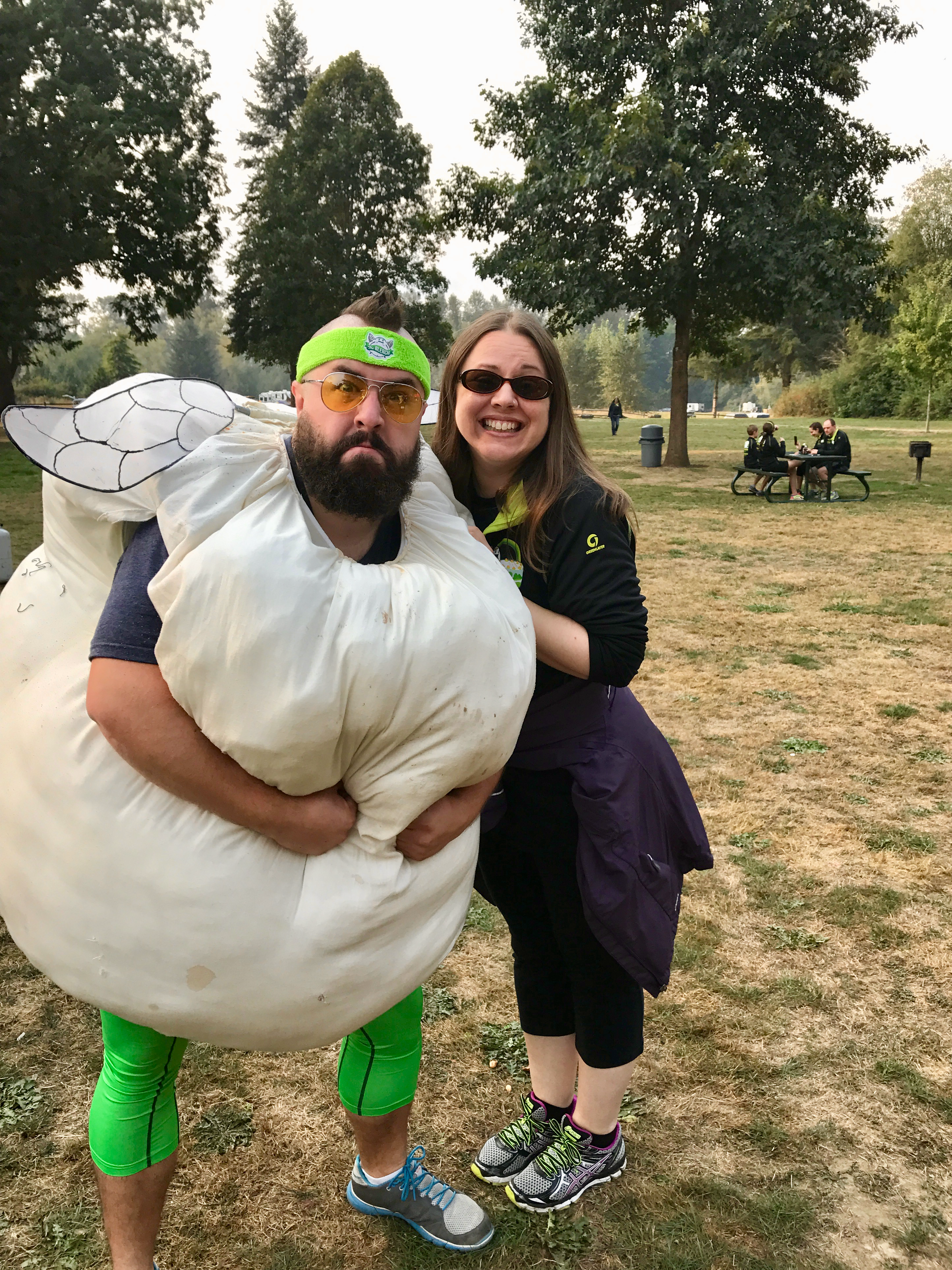 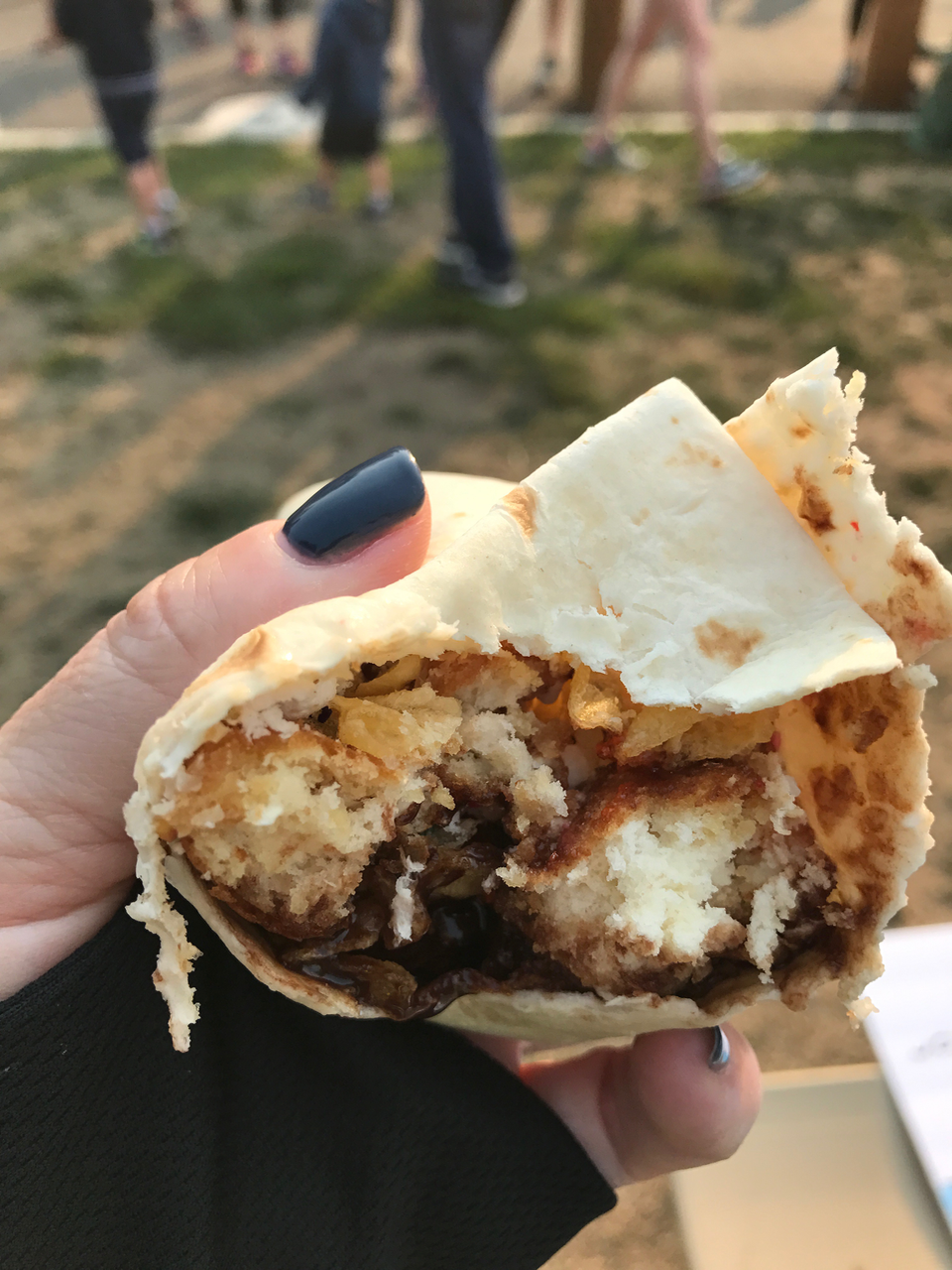 Soon after this monstrosity was consumed, we had one last bio-break and then joined the other runners at the starting line, where a Blerch tossed tortillas and marshmallows at us, and then showered us with Doritos as we got on our way.

The mood was high as we made our way through the woods, peeping costumes and chatting and snapping the occasional pic. Mile 3 brought the hydration (and cake and couch) station! I knew the cake wouldn’t be gluten-free, but I hadn’t realized that all of the Nutella would be in sandwiches, so I didn’t get any mid-race Nutella break as planned. That was okay, though, because the day before I had loaded up on post-race treats from Flying Apron Café.

Despite my plan to take it easy, I got caught up in the excitement, and I told K and R I wanted to run for a bit. I ended up running about a mile in two separate segments. Although the running bursts felt good, I had trouble staying within my target heart rate, so I slowed down to a walk. There was also a long stretch of gravel that proved challenging; all of my other races have been on pavement, and I wasn’t keen on injuring myself so soon after recovering from the sneaky sciatica of last month. 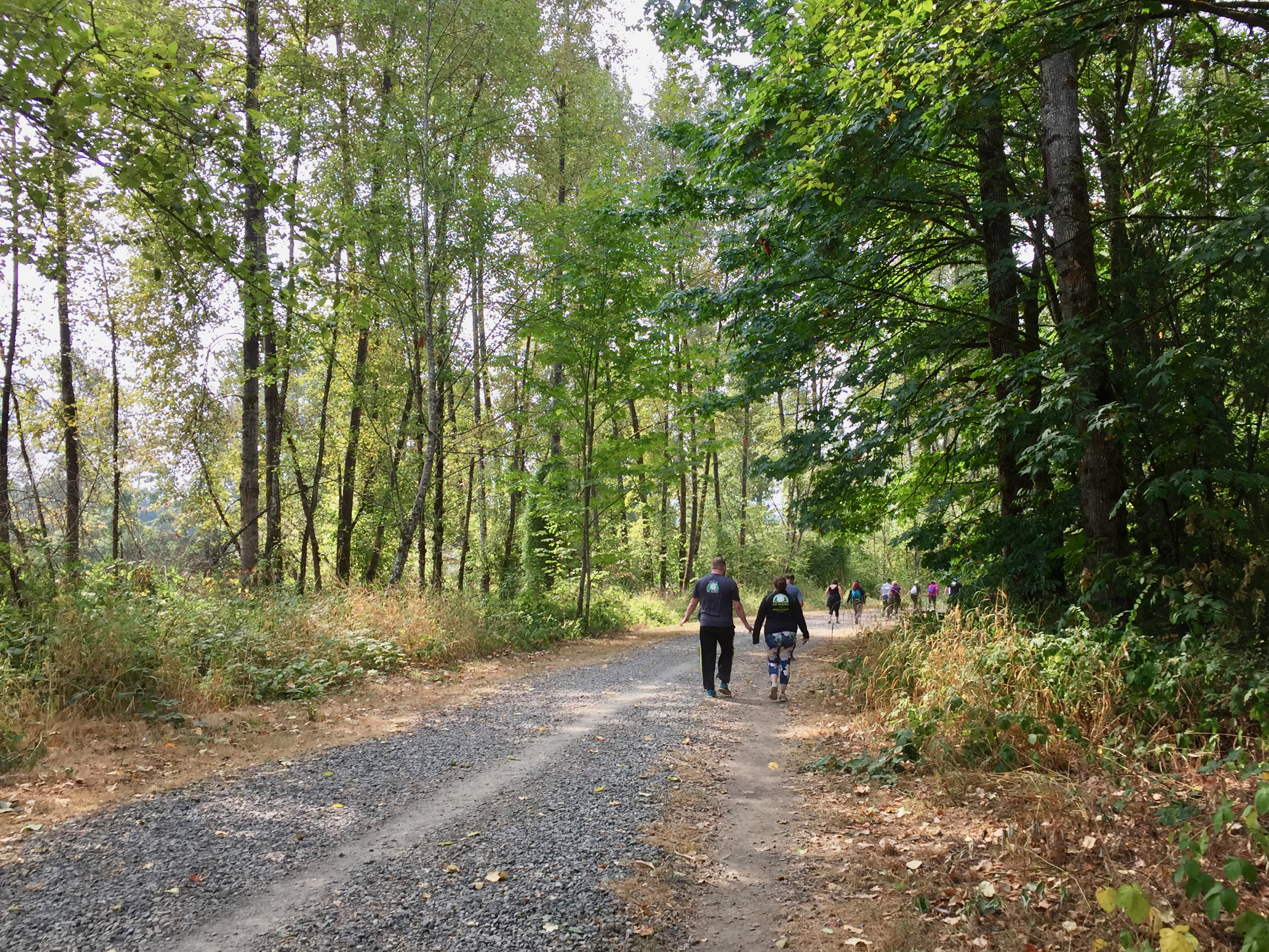 Even though I was surrounded by people, I was lonely for my friends, so before the mile 6 marker, I stopped for some water and waited for them. The three of us ran the last wee bit to the finish, collected our medals, and got chocolate milk! (And then a proper meal in Redmond.)

All in all, the strengths of this race were the feeling of camaraderie with the other participants, the rampant silliness, the costumes, and the high-quality tech shirt with thumbholes that I’m going to love wearing while running in the cooler months. The challenge was the course: despite how scenic it was, that large-rock gravel was not fun for less experienced runners, and sharing a narrower course with both 10K and half-marathon runners meant that there were lots of “clumps” to navigate.

10K is a great distance for me, training-wise, and I’ve already signed up for another 10K race in about a month, my first in Portland proper. Going to the gym will be a lot more fun with this goal in mind. But I already miss my racing buddies! 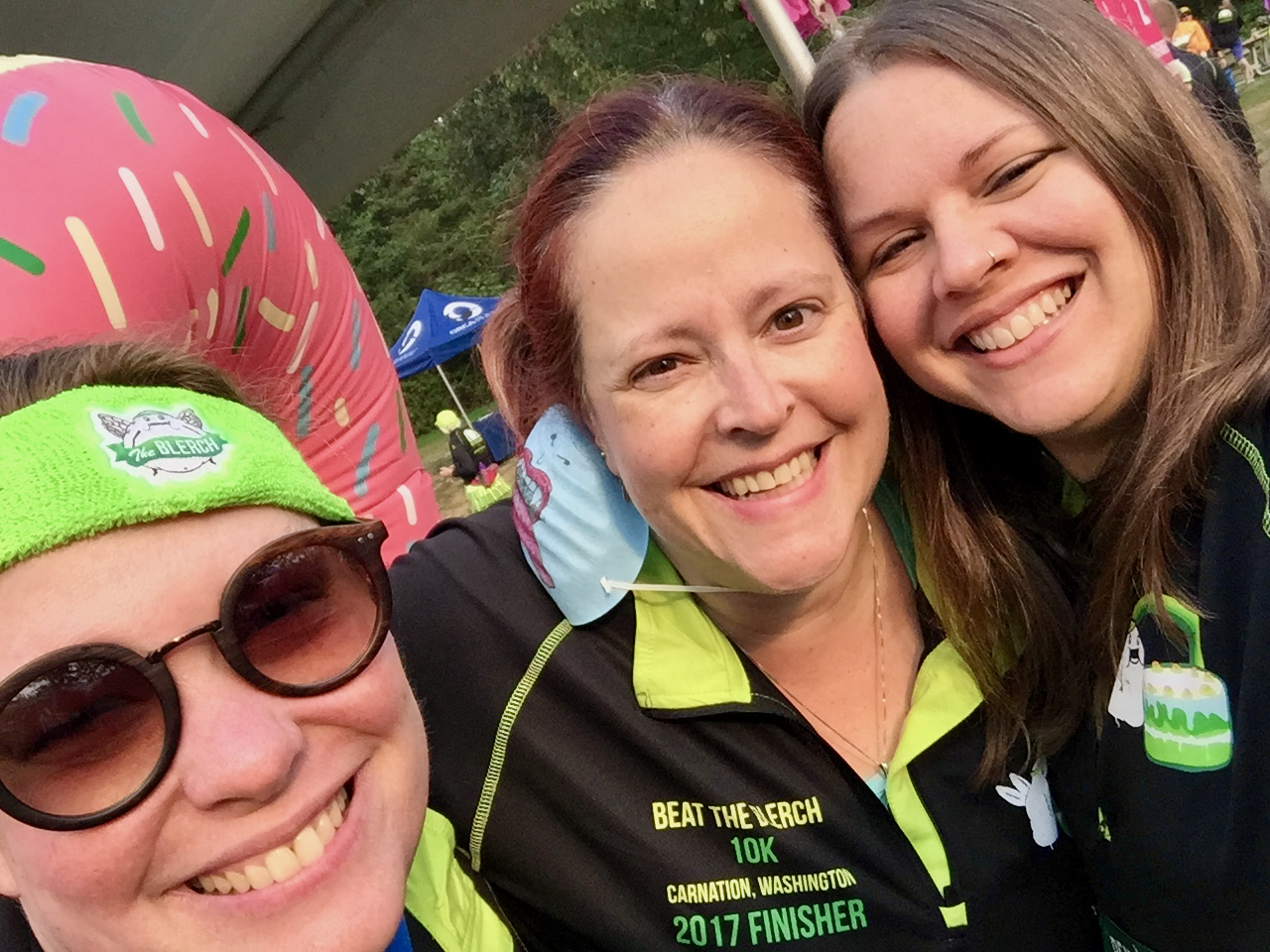 Racing is better with friends.[/caption]