A few times (more than a few, the peanut gallery asserts) I’ve mentioned the hefty commute attached to my no-longer-new job. For months now I’ve devoted three hours each workday to TriMet. All things considered, TriMet is a respectable public-transit system, certainly not anywhere near the worst (Muni) I’ve had to endure. Still, after almost half a year of this itinerary it quickly became apparent that I am neither as young nor as resilient as I once was. Plus I missed spending quality time with my husband that does not involve preparing and/or eating food right before falling fast asleep.

FunkyPlaid and I decided together that I would get a car. The decision came with no small amount of historical weight; I haven’t had my own car for nearly a decade, and had grown accustomed to relying on public transit or other automotively-endowed friends. Plus getting my Oregon driver’s license was fraught with my usual brand of hand-wringing. (“I don’t know how to do this! I’ve never known how to do this! Even though I’ve done this for over half my life.” Et cetera.)

Shortly after moving to Portland, FunkyPlaid and I encountered a stranger in a Bed Bath and Beyond parking lot who gave her Kia Soul a glowing recommendation. Prior to this, I had considered this boxy, awkward model with a vague sort of scorn. But as soon as I knew its name – silly, to be sure, but unforgettable – I started seeing it everywhere. And like I do with any negative reaction I have, I started picking it apart. Why did it stick out? Why did I find it funny-looking? And was there something there for me to unravel?

Over the summer, after I started noticing the Kia Soul everywhere but before we were serious about the car, we went into a dealership and after a couple of test-drives had an overwhelmingly negative experience with some folks who tried the hard sell. My initial reaction to being talked to like I am a particularly recalcitrant toddler was not great and the situation devolved rapidly from there. I left irritated and dejected and turned off totally by the whole car-buying experience.

Yet as the days grow shorter (insert obligatory Daylight Saving Time reminder) and with FunkyPlaid’s holiday sojourn down south soon approaching it became critical that I sort out the transportation issue. Already the sun hasn’t risen until the very end of my morning commute; soon it’ll be dark before I even leave work. And I want my life back.

So I got a car today. She doesn’t have a name yet, but I’m already enthralled. 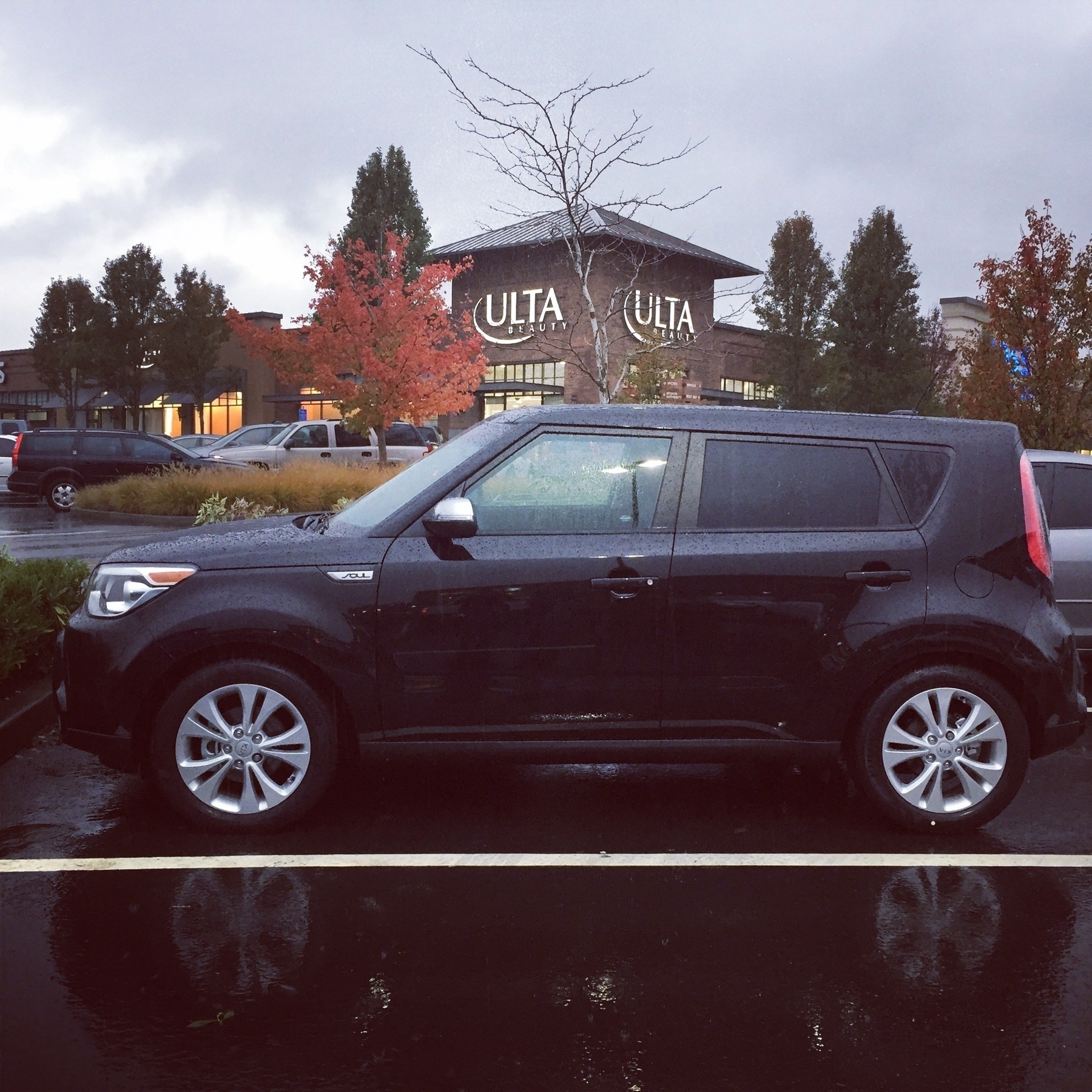 Writing from: my study in Portland, Oregon. Listening to: Zen snore in front of the radiator.