I took this photo after I peered out the window the first time, when I was worried that it had hurt itself. But after self-appointed squirrel patrol all day, I think it is all right. 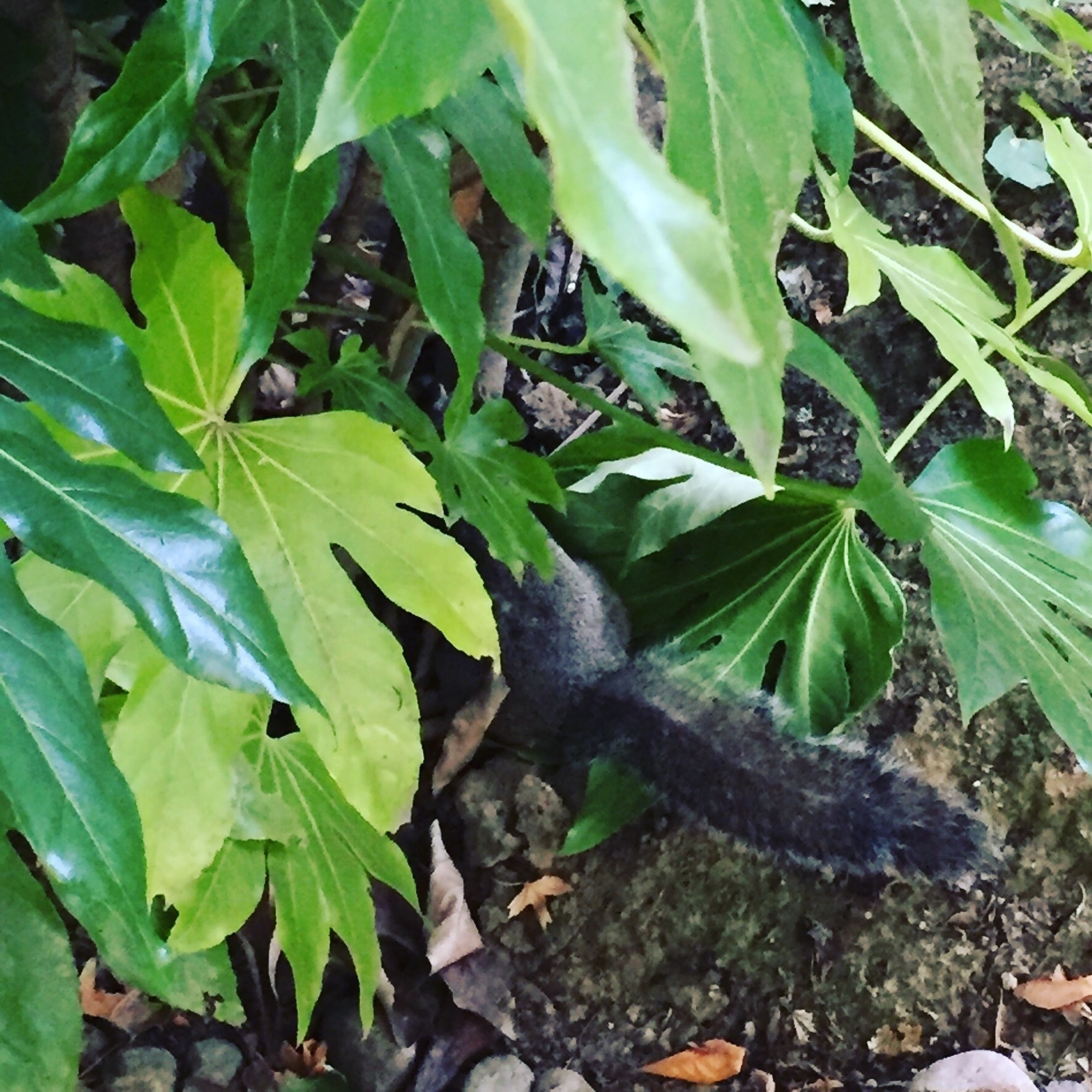 I also think it may be pregnant, and had started setting up a nest in a hole in our roof which we had patched up. It was launching itself at the hole but meeting the mesh face-first. Which of course I feel horrible about now, but squirrels aren’t the first wild animals that have burrowed into this house. (Raccoons, before we lived here.)

When I checked on the squirrel later, it had disappeared. I read that grey squirrels tend to have more than one nest so I hope it has found a different one.

Nature happened to me! Exciting.

Writing from: Squirrel Patrol HQ. Listening to: “Only Trying to Tell You” by Jacob Allen.