I am going to avoid wringing my hands over the celebrity bloodbath that 2016 has been so far and instead talk about something positive. We all could use it.

While unpacking today, FunkyPlaid discovered a wee succulent plant that he had given me in Scotland some time ago. That’s right: our movers wrapped up a tiny plant in paper and put it inside a box and taped it up. That box went on a container ship three months ago. And today we unwrapped it. 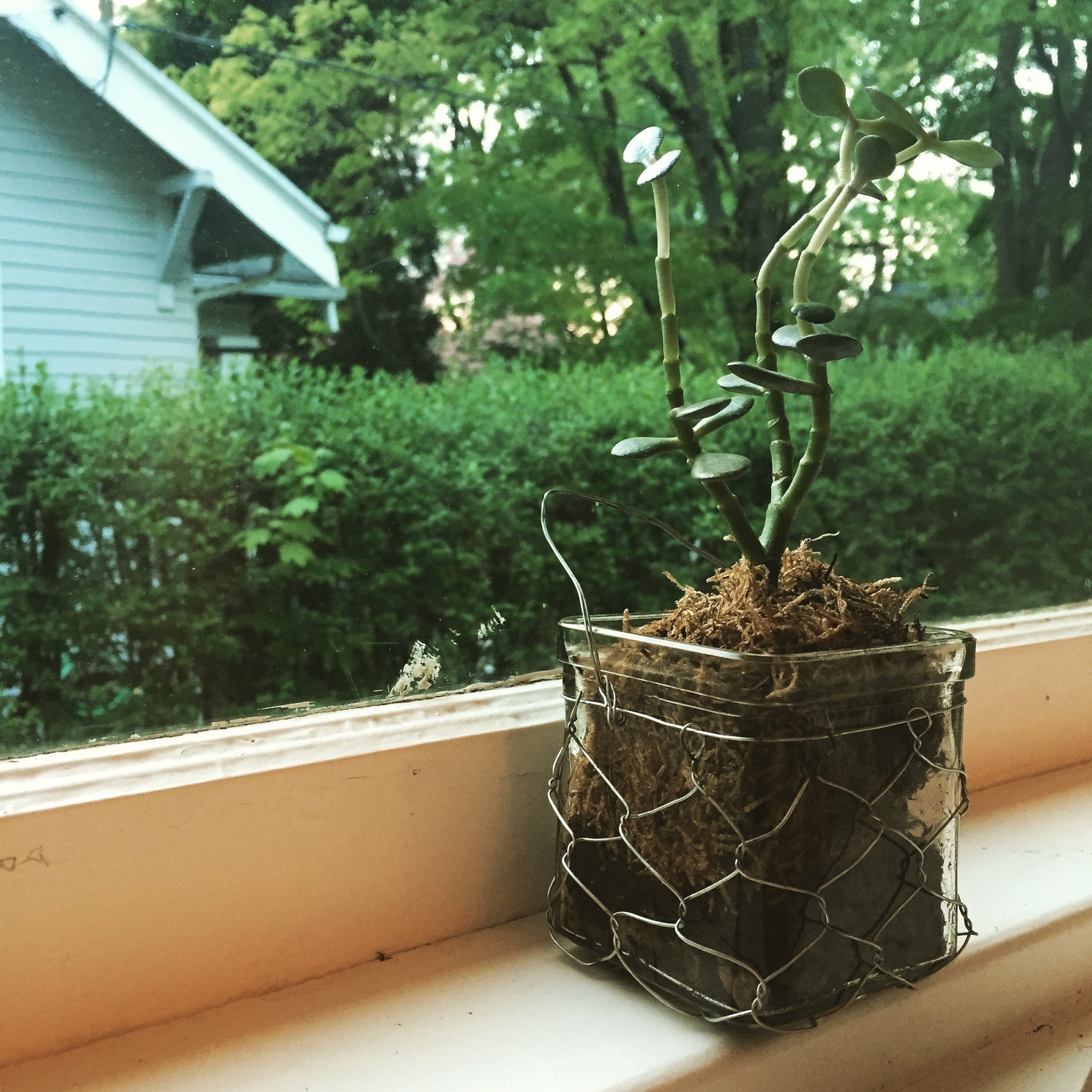 Sure, there were a bunch of dead leaves, but it survived. It had no water or light for three months and it survived.

Writing from: my makeshift study in the dining-room. Listening to: “Wabash Blues” by Joe “Fingers” Carr and His Ragtime Band.