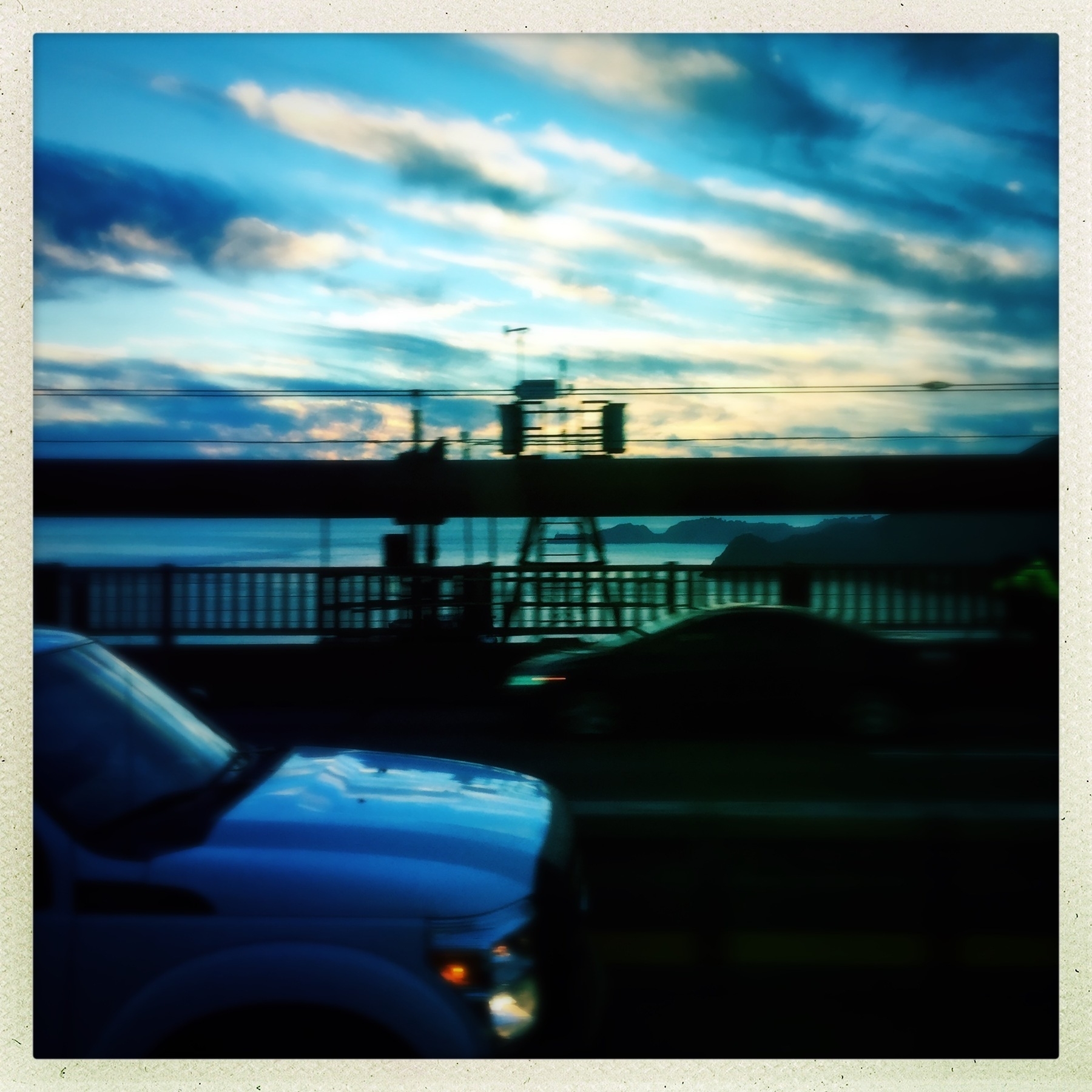 Almost two decades ago, I wandered around San Francisco in awe, occasionally pinching myself in case it was all a dream.

It was, sometimes, but mostly it was real.

Before we left for Scotland, I had grown so tired of living in this reality. A large part of that was feeling continually disappointed by San Francisco’s infrastructure, and trapped into relying upon it.

Today when I saw San Francisco I felt like I was seeing an ex for the first time after we had gotten over each other, after our feelings had transitioned into warm regard, from a distance. I could see all the beauty without my own needs wrapped up in it. I also had two very different conversations with two long-time friends who each have their own relationships with San Francisco. None of it is as simple as I once thought it must be.

Around dusk, I took the same bus across the bridge that I used to take home from work sixteen years ago. Nearly everything about my life has changed since then, but I was on the same bus, and as the bus exited the freeway, that same anxious feeling in the pit of my stomach returned. Just for a moment, and then it was gone again. Nearly everything has changed. I love that about my life. And now I love visiting San Francisco too.

Writing from: a grateful room in Marin. Listening to: FunkyPlaid and Zen drifting off to sleep.