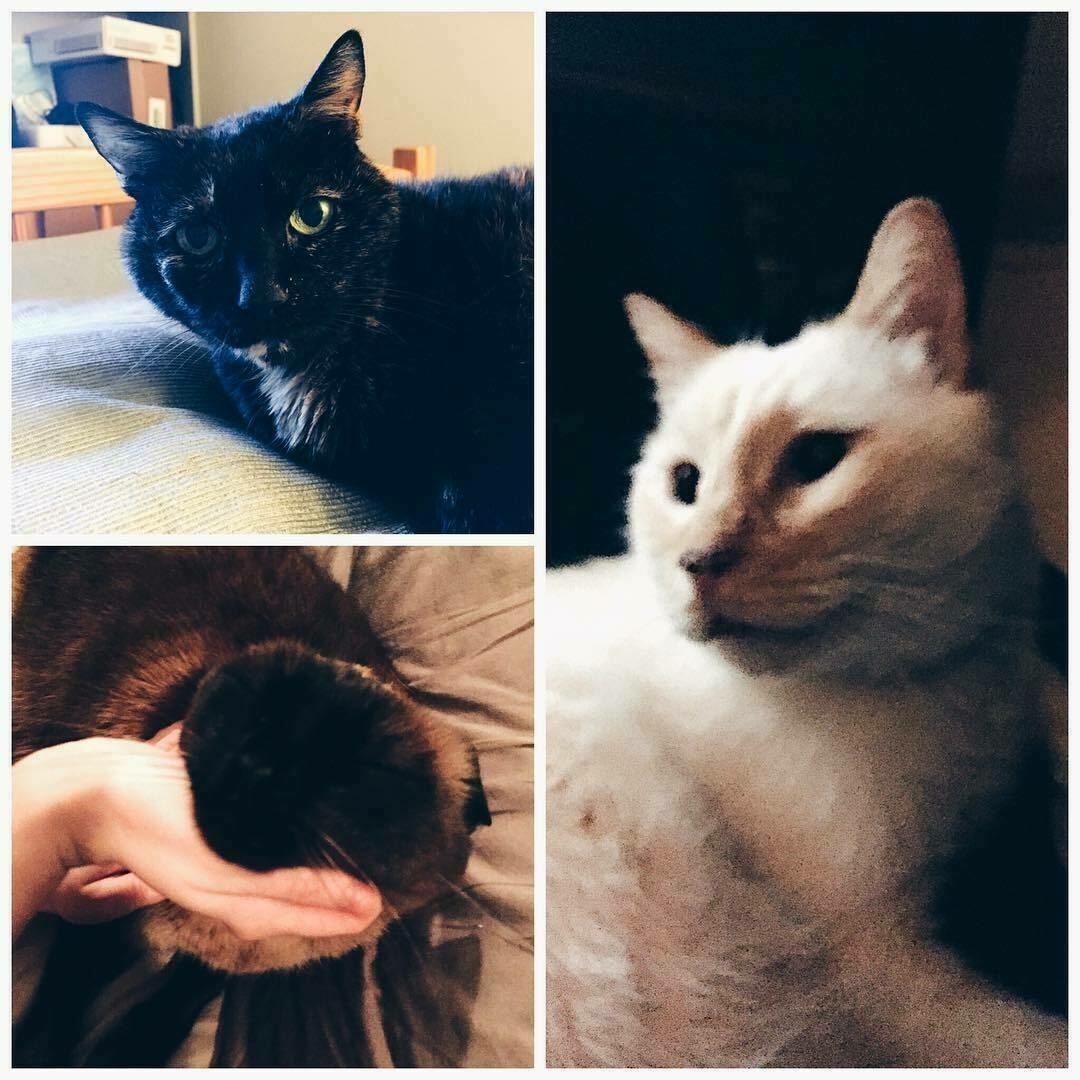 I am not taking any chances with Zen’s acclimation to her new, temporary home, so for now she is confined to the guest room where FunkyPlaid and I are sleeping. Zen is not bothered by this in the least; she senses there is a world outside the door but has everything she needs in here.

The reason for my caution is the two other cats in this household, Jack (right) and Cinnamon (bottom left). Neither one is particularly aggressive but I know from experience that Zen can be. It’s also cruel to throw cats into unfamiliar situations like this one without several days of getting used to the idea of each other through the crack in the door. Jack has been nosing around but Cinnamon prefers to hide away (in general, not just at Zen’s arrival).

I’m fairly sure that once we start leaving the door open Zen will choose to remain in here by herself anyway. She’s never been overfond of other cats. But there are puddles of sunshine out there, and I know she won’t want to miss those. We’ll take it as it comes.

Writing from: Zen’s room in Marin. Listening to: my own sickly breathing. Ugh, colds.