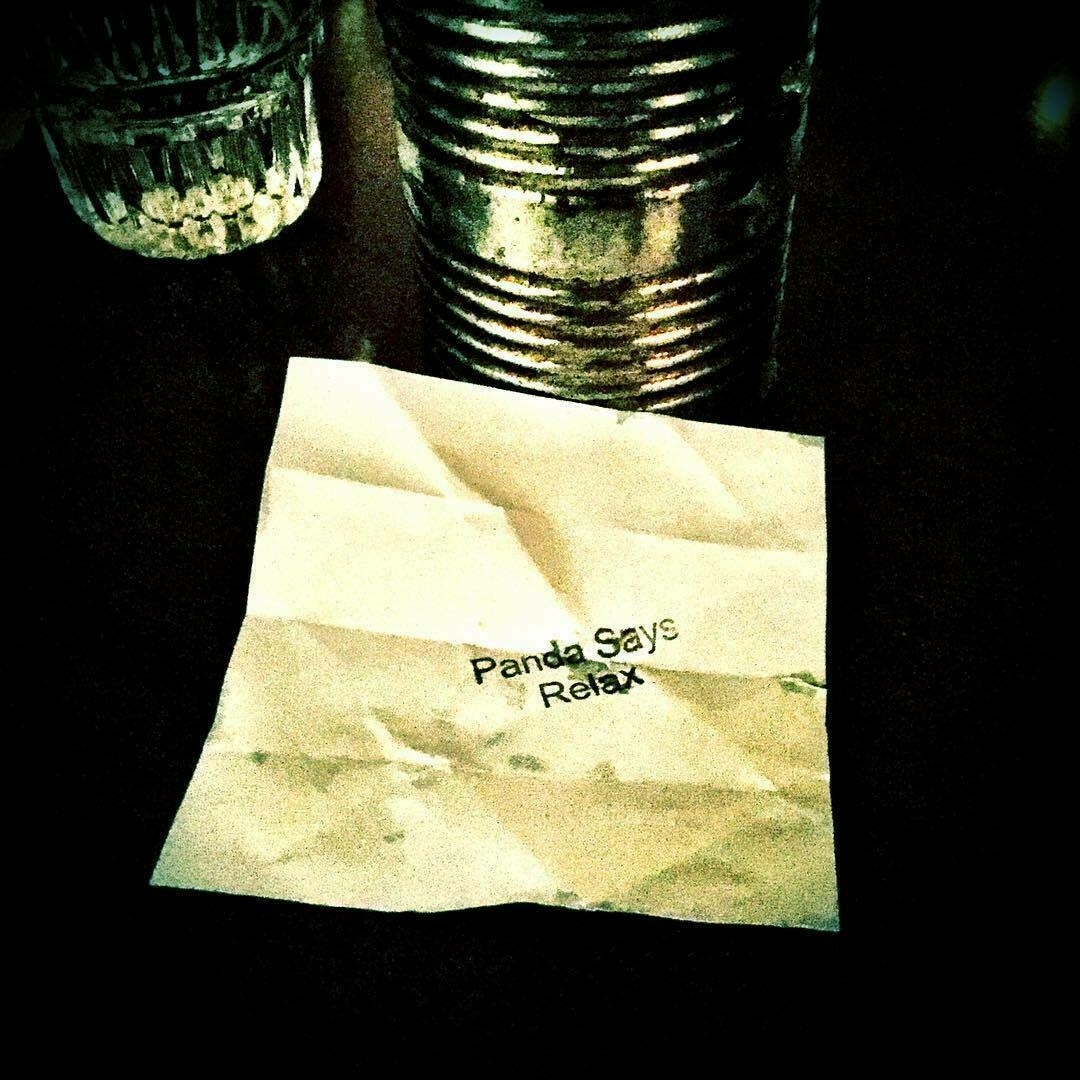 Many hours later, I am still riding the high of an epic karaoke evening with Writers’ Bloc. The month I moved here I saw them perform for the first time and thought to myself, “I would love to be in Writers’ Bloc someday.”

A year later, I was.

Since then, we have shared many pints in the back room of a local pub, critiquing and scheming and blethering on. I’ve been lucky enough to perform with them a few times, too. Both the critiques and the performances have been invaluable, and I would not have half the excitement for and confidence in writing that I currently do had it not been for Bloc’s influence.

One of the pre-karaoke cocktails I had at Panda & Sons had a hidden message folded up and tucked into it. Panda said relax, and I listened, and I sang, and I laughed, and I will remember.

Writing from: a frosty lounge in Edinburgh. Listening to: the anti-karaoke, Chopin’s Nocturnes.