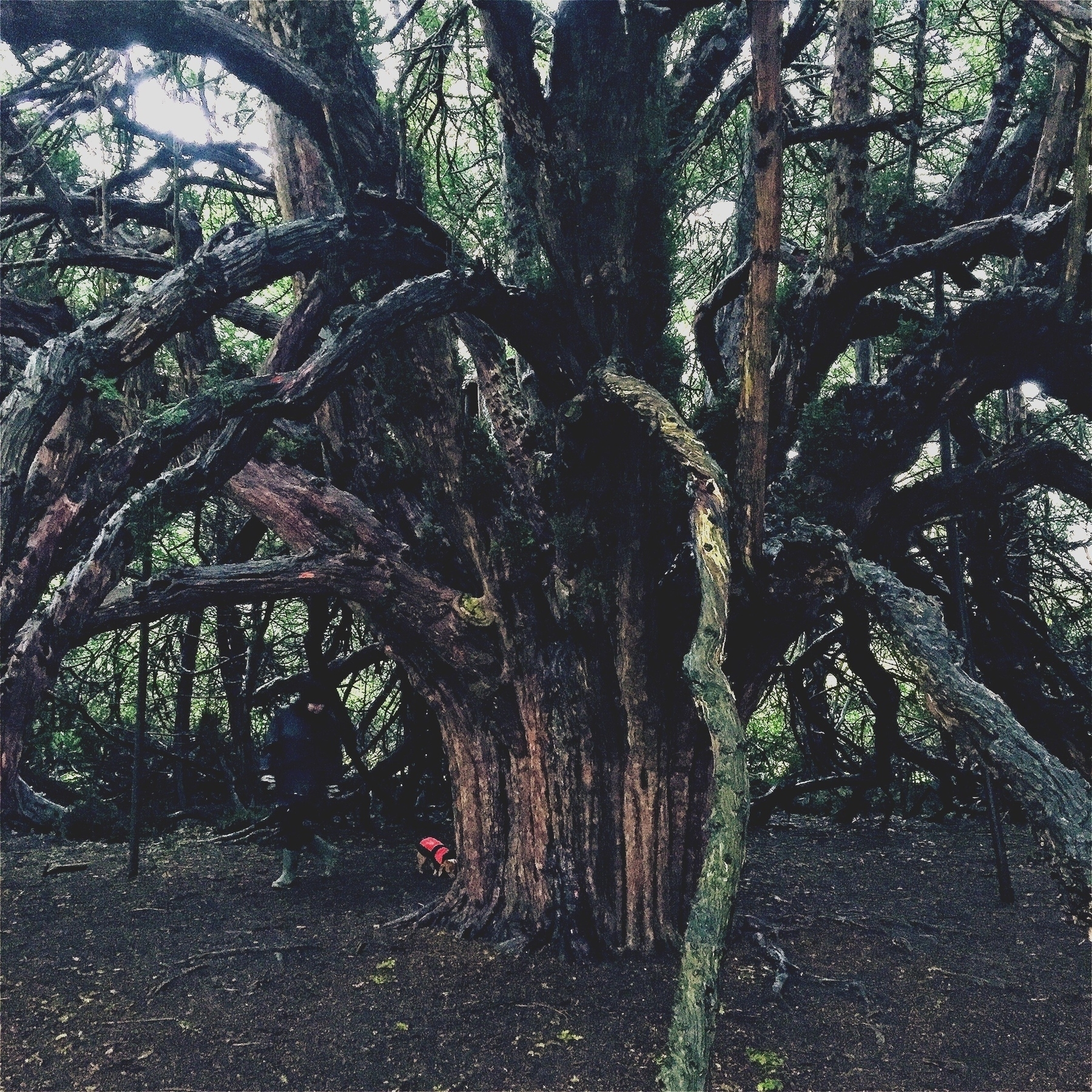 Choosing today’s photo was more difficult than usual but I settled on one of an ancient yew tree that John Knox purportedly preached under because … well … that. Knox is not pictured, but I did leave in a human and a wee dachshund for scale.

This is the magical Ormiston Yew Tree. It is difficult to find, so I am glad that I had a local guide in the aforementioned human, my friend Juliana. Accompanied by her two darling dachshunds, Juliana and I have gone on a number of East Lothian adventures over the past few years, always followed by delicious home-cooked meals. While tromping through the sopping undergrowth today, my heart ached to think that this outing would be our last one for a while. Saying goodbye to dear friends is part of this whole moving-away process, but I still haven’t gotten used to it.